The Importance of Being Context - Mancinelli & Fassone

The Importance Of Being Context is the result of a collaboration between curator Valeria Mancinelli and artist Roberto Fassone. The web project is an online archive that collects the result of their activity of the last few years collecting documentation of well known art performances, mainly from the 60′s and the 70′s. The work is an open invitation to think about performance, its proximity to daily life, the importance of the artistic context in turning a simple action into a work of art, the uncanny valley between art performance protocols and popular games.
The exhibition lasted three weeks and was organized in a series of three screenings titled MOVING, TOUCHING, FEELING; each of them was on view for one week. 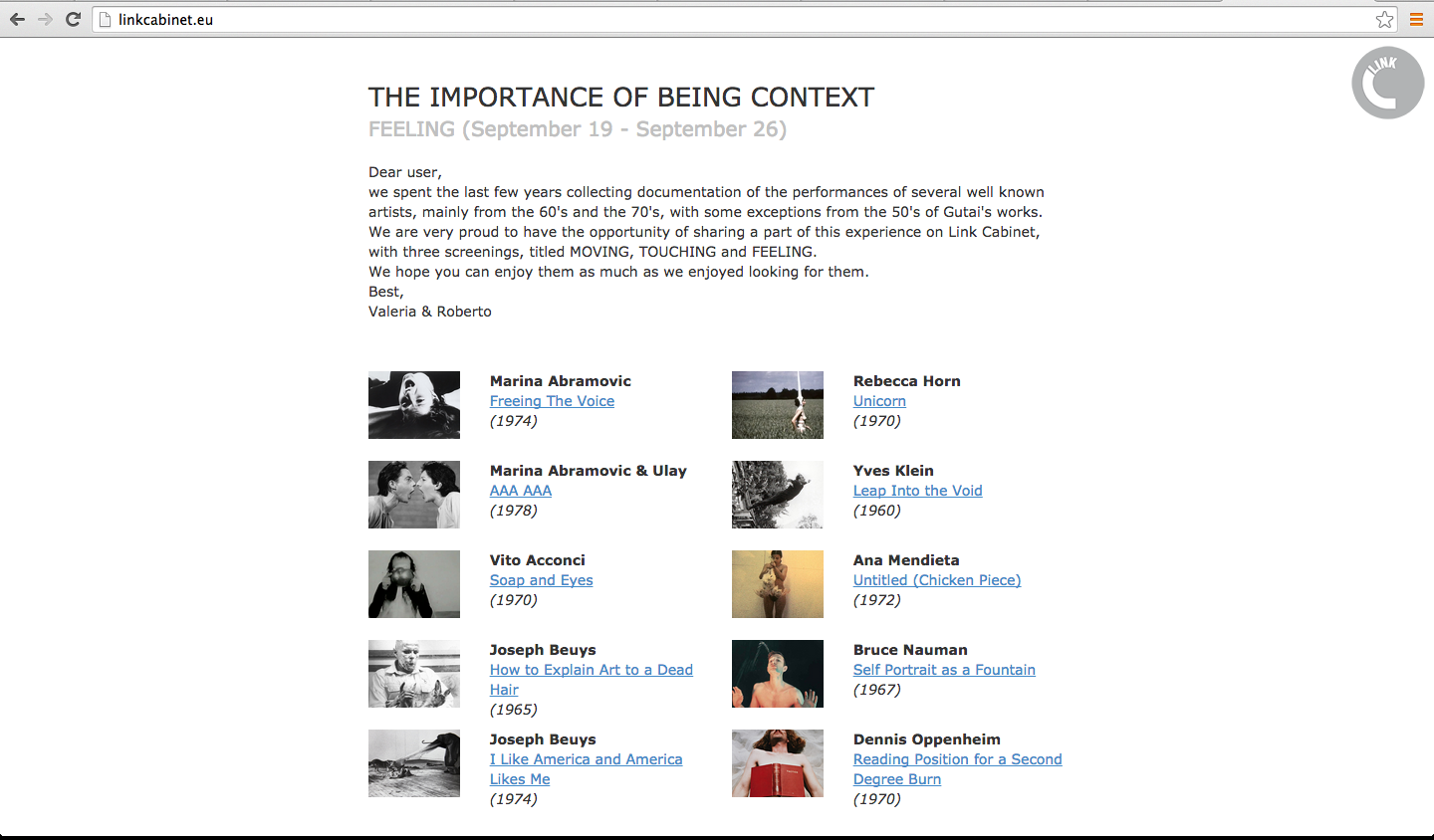 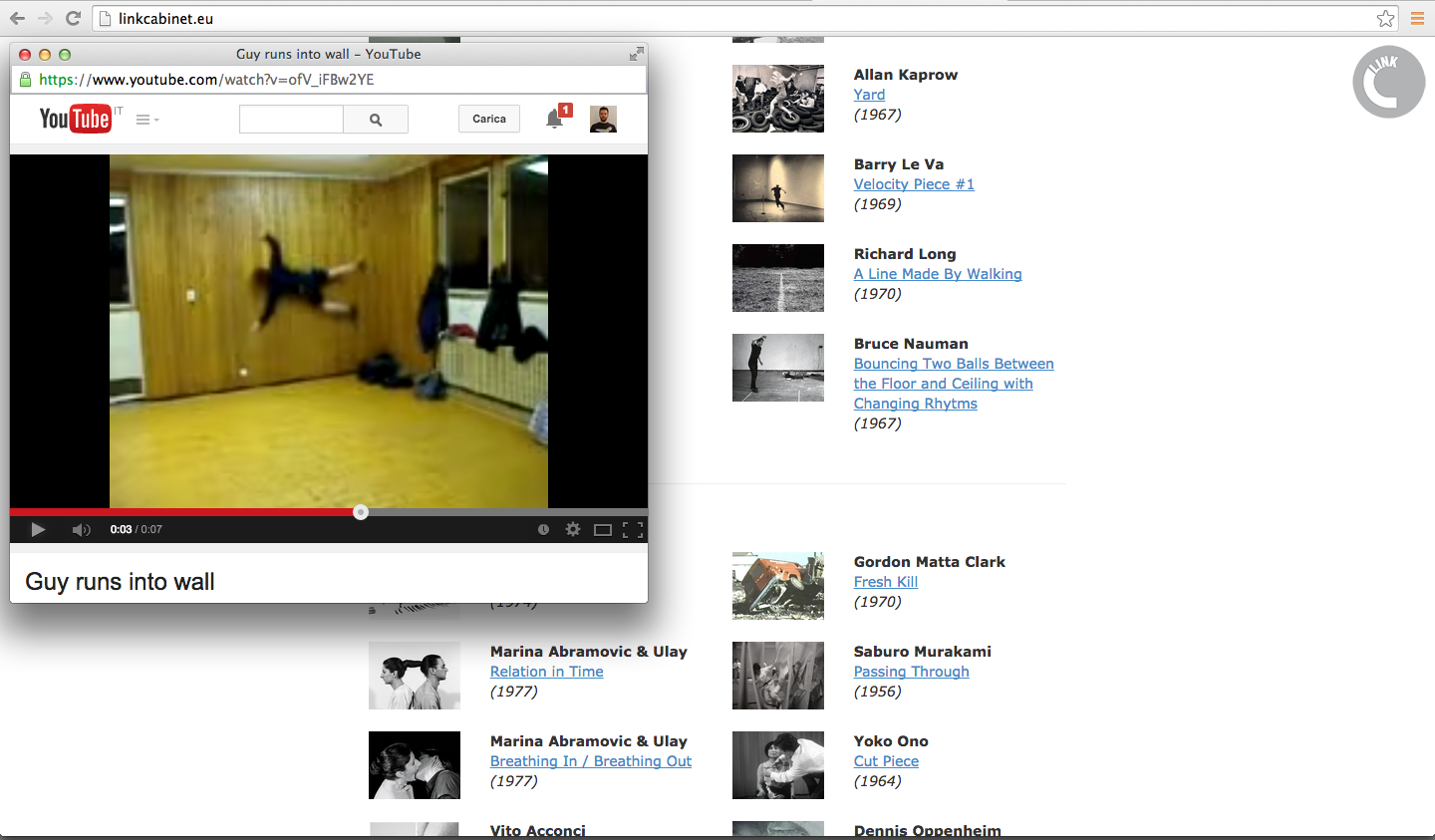 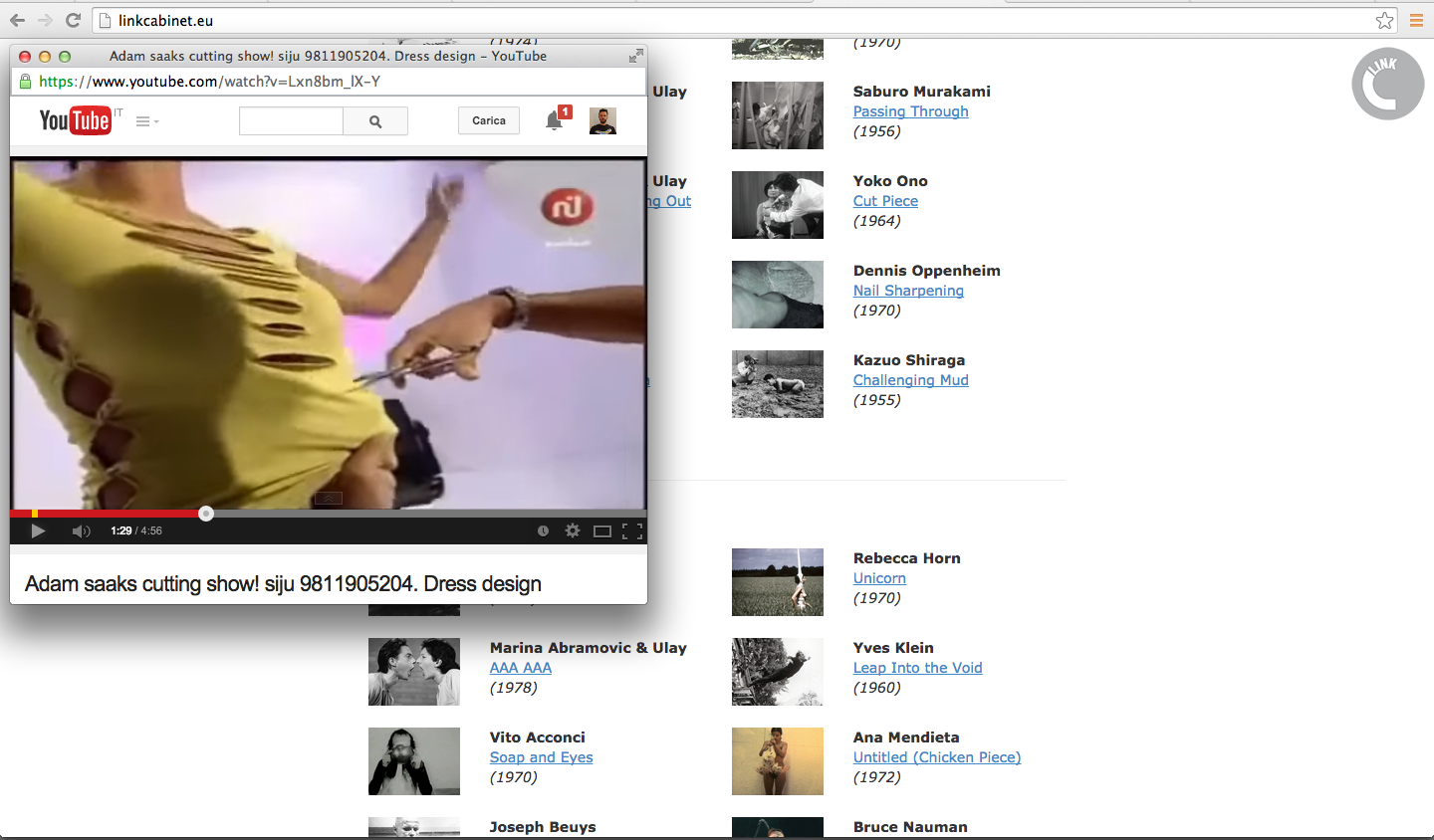 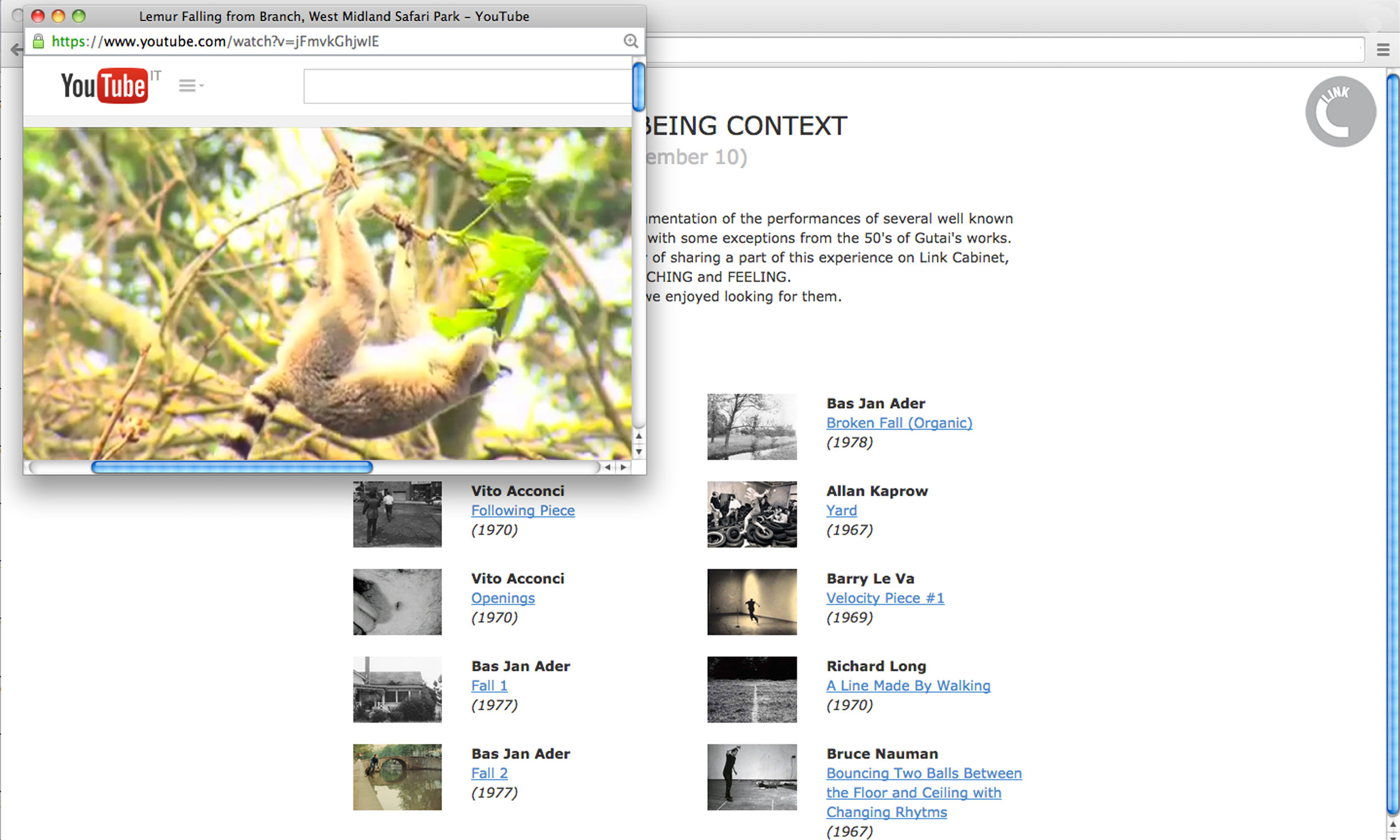 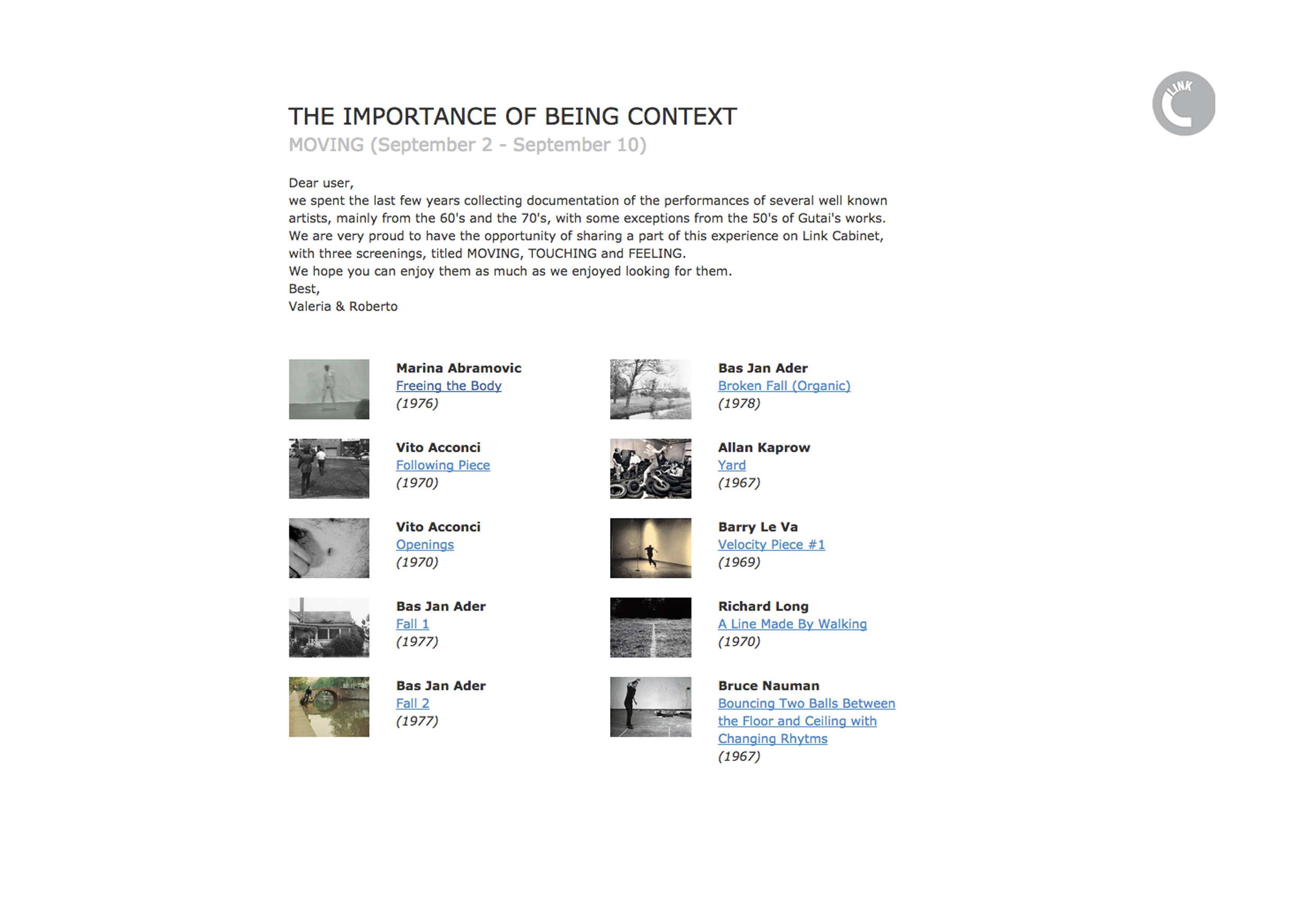 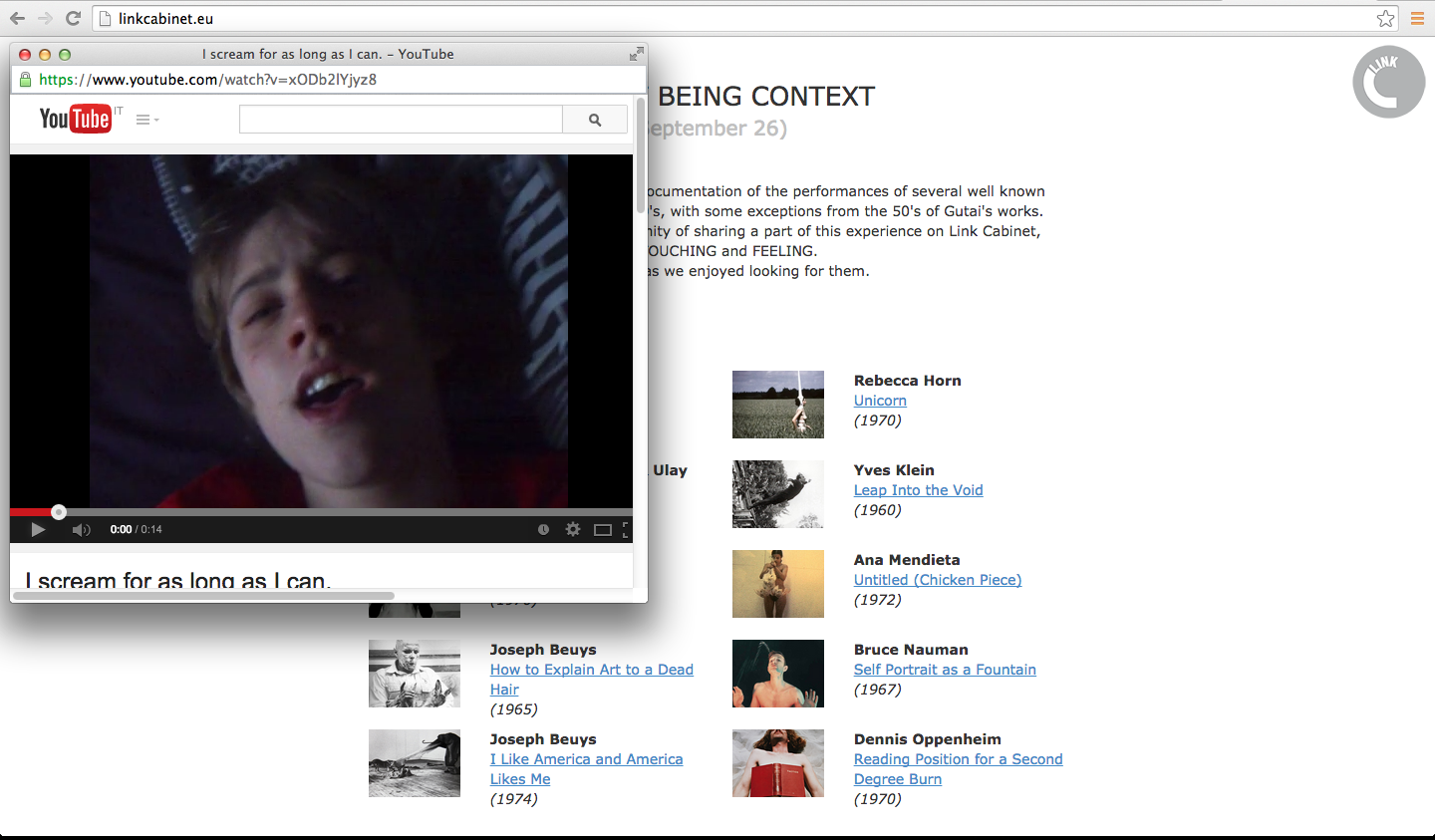 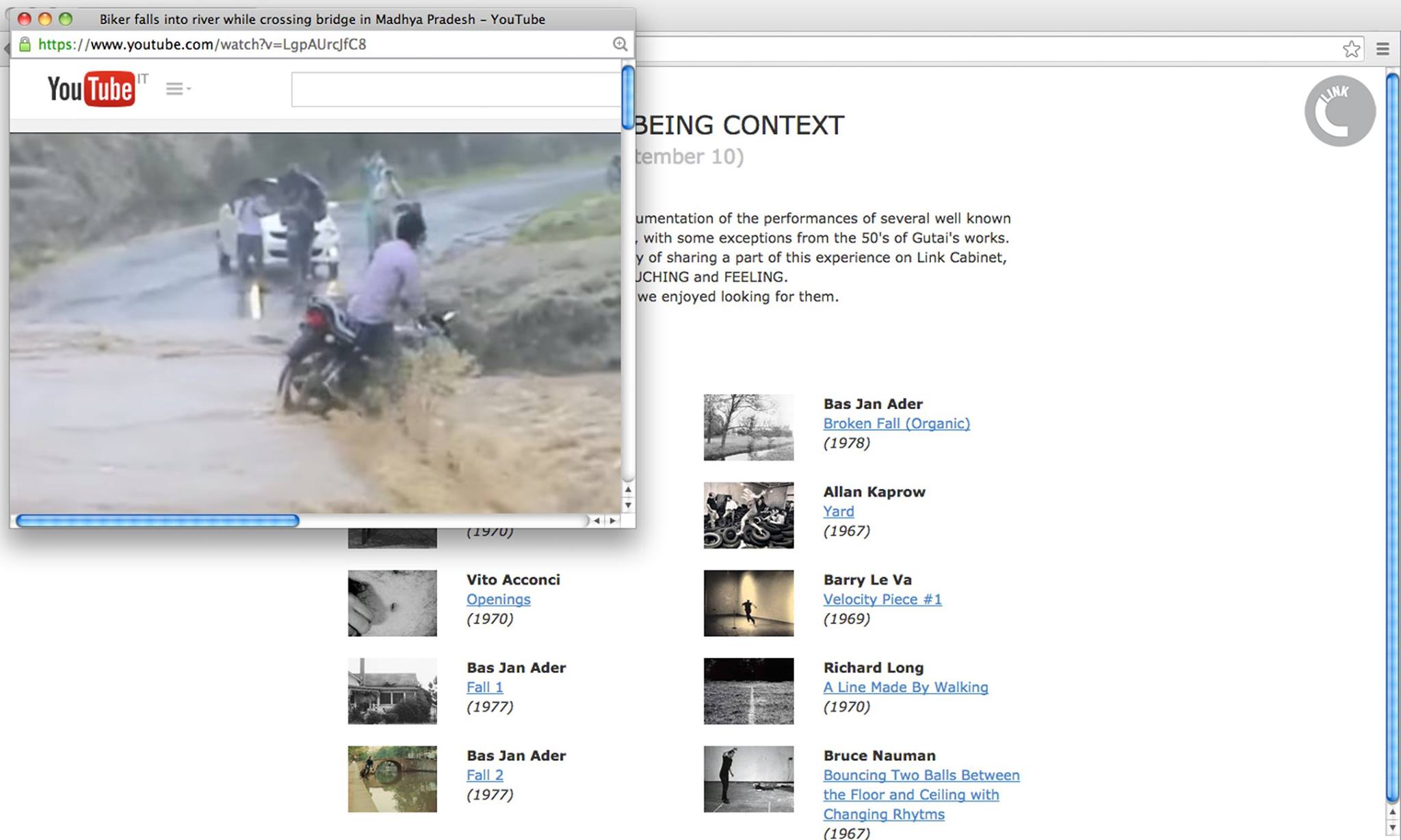 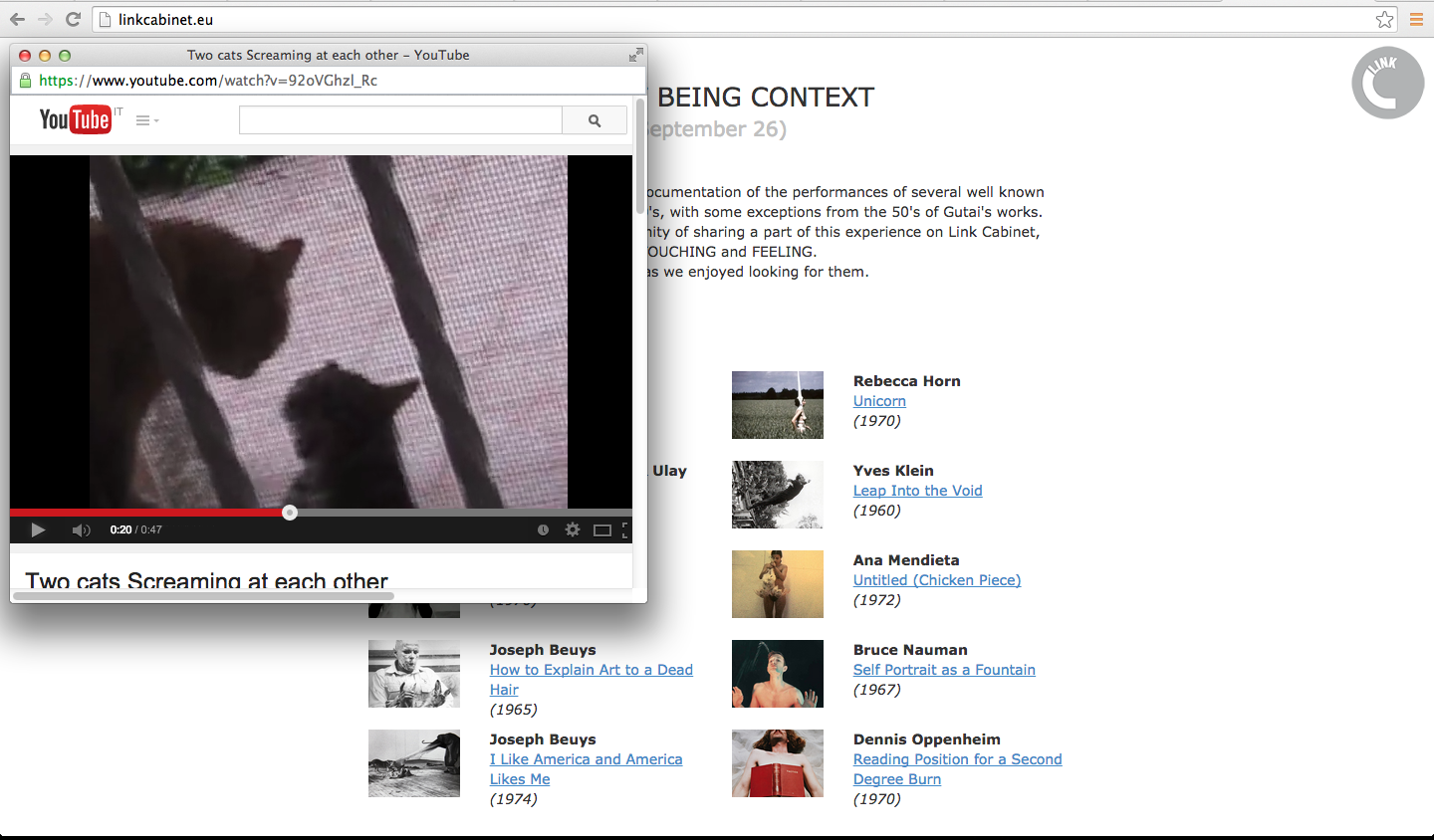 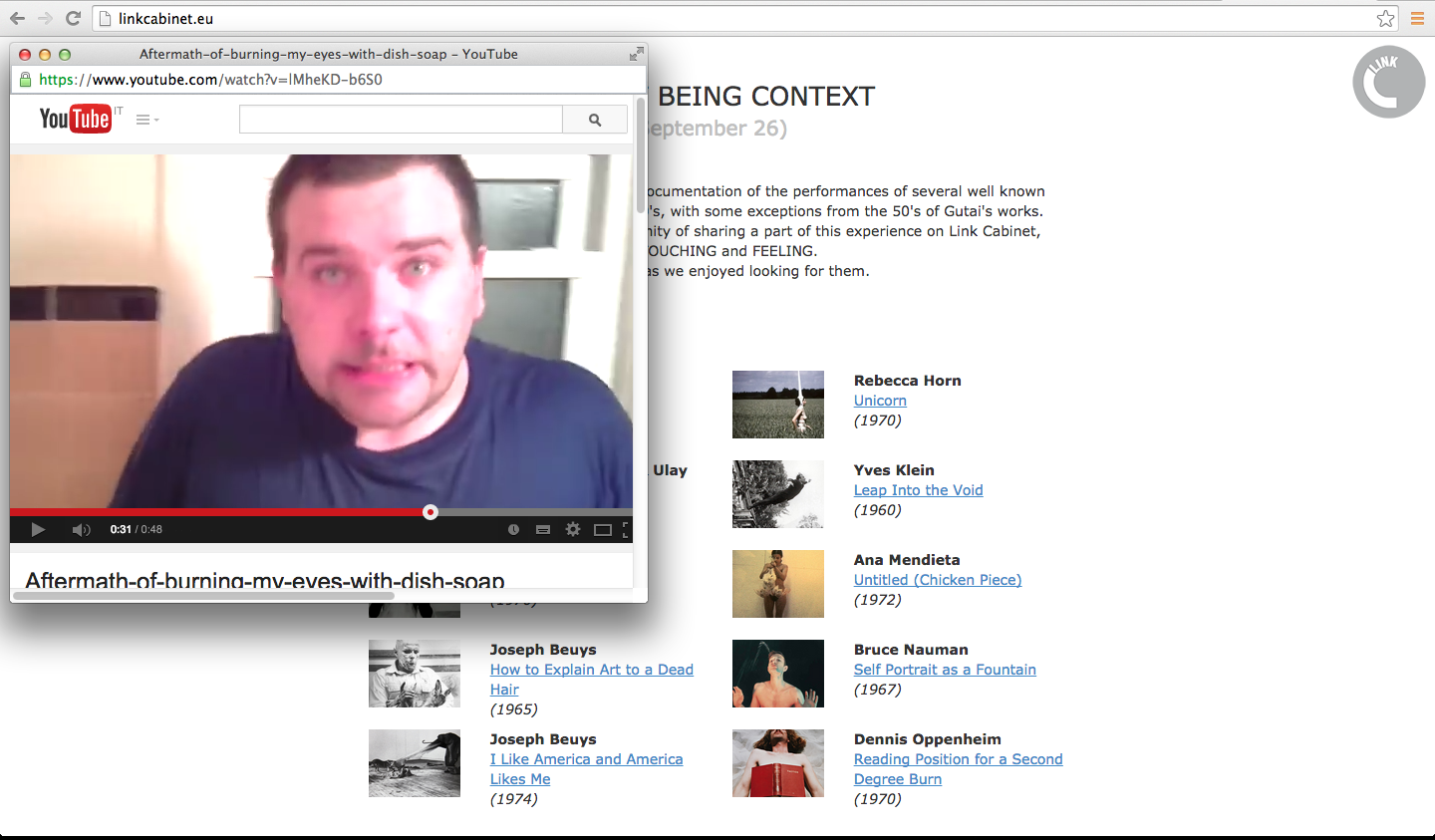 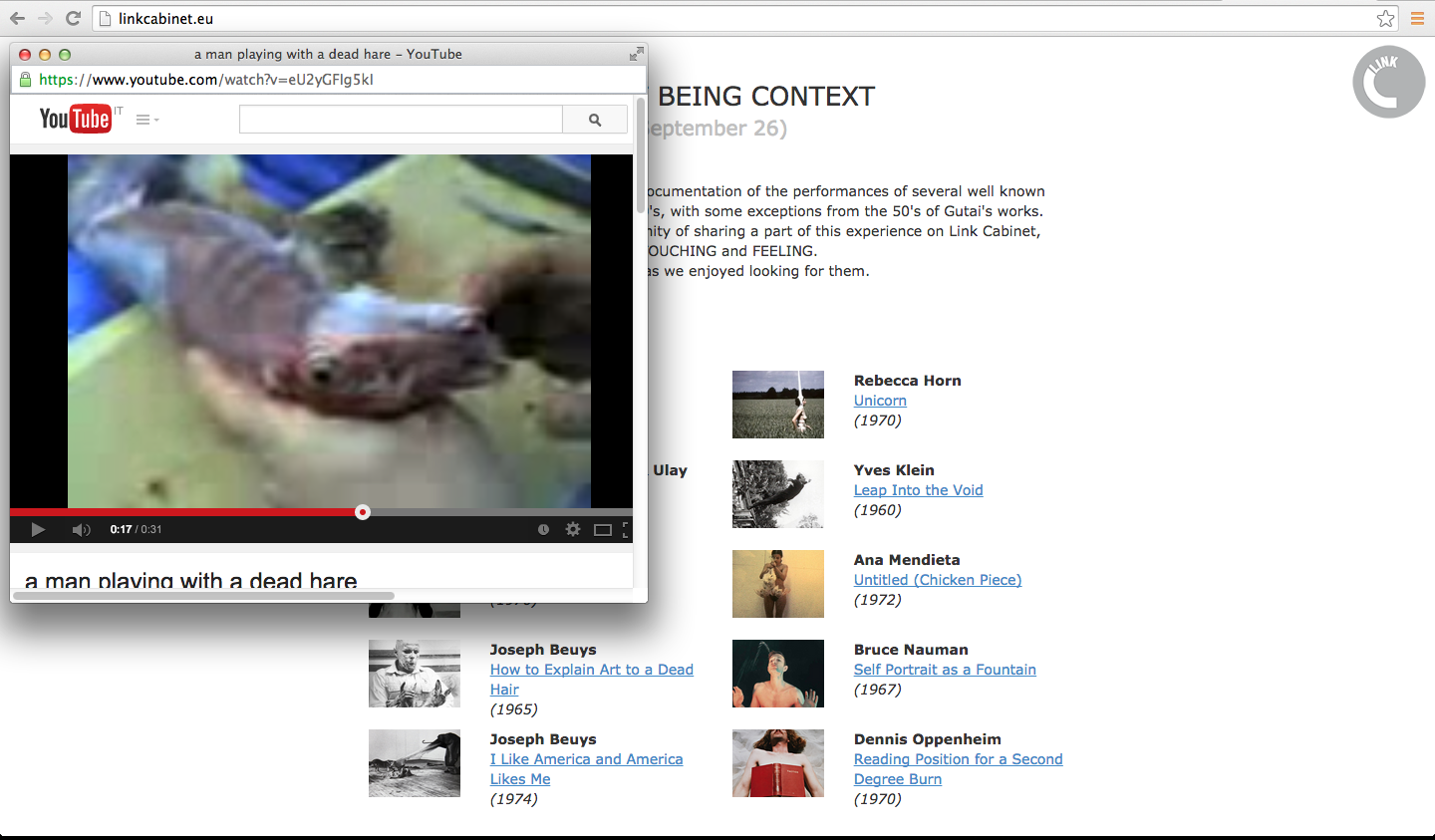 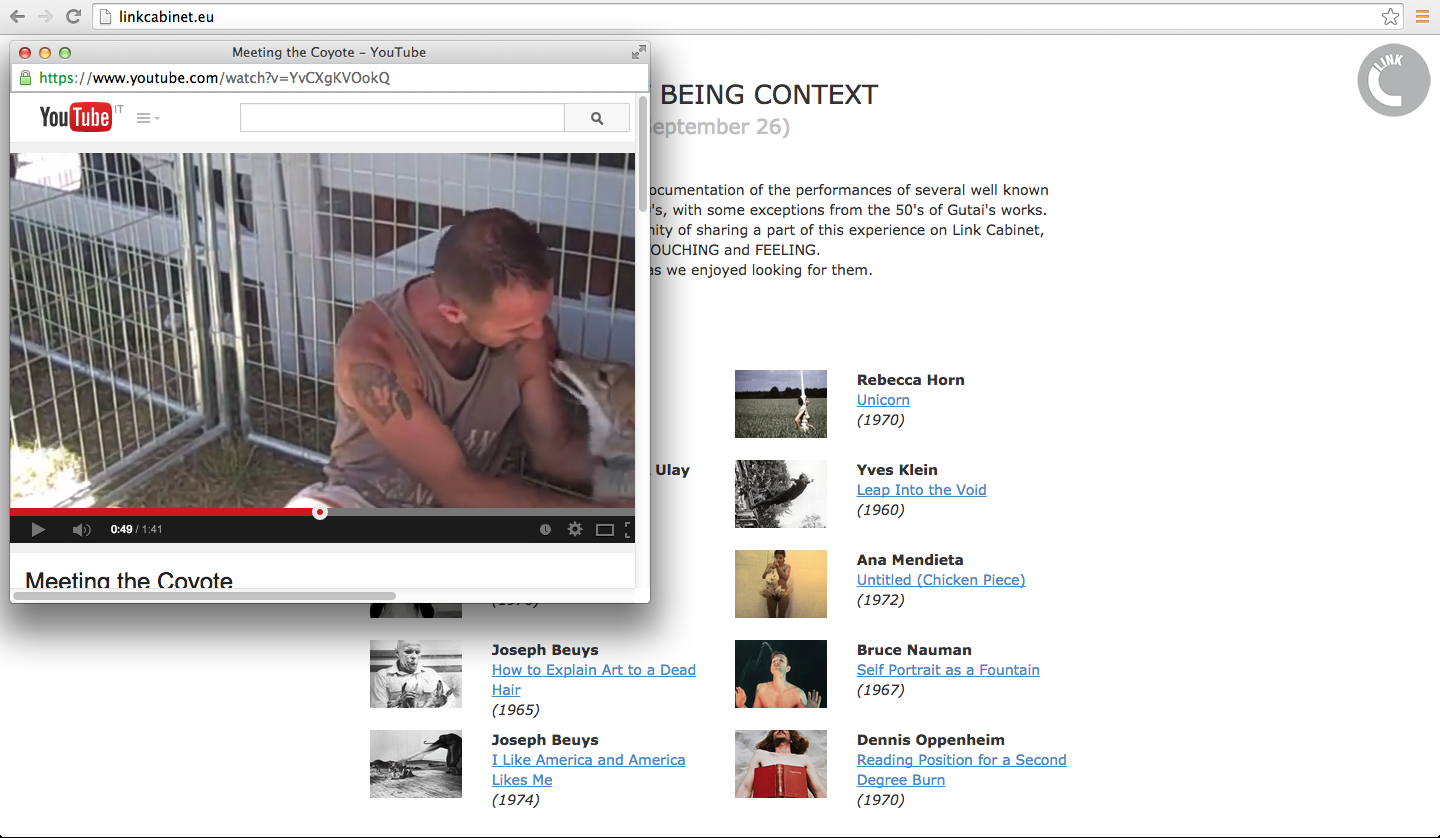 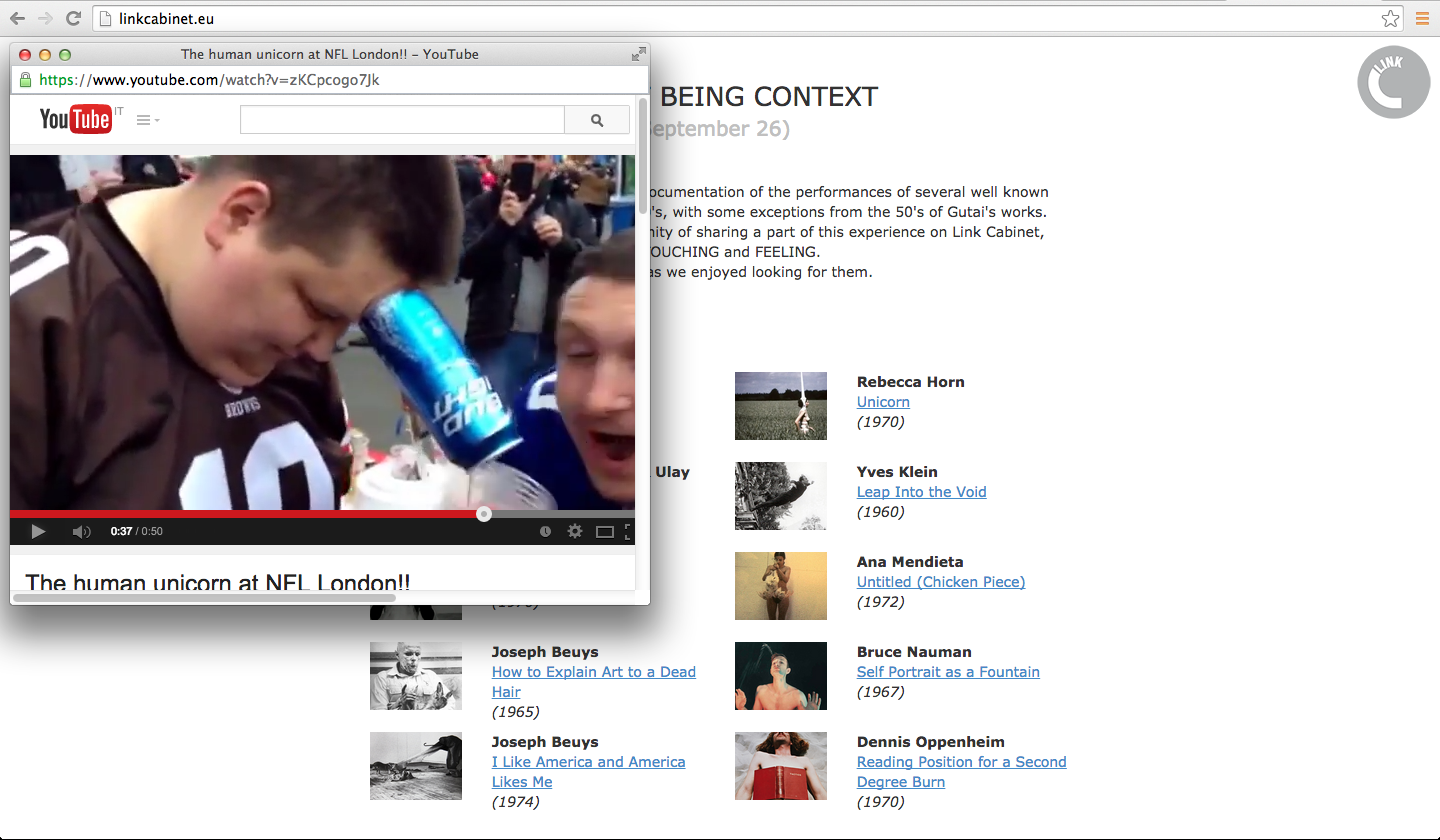 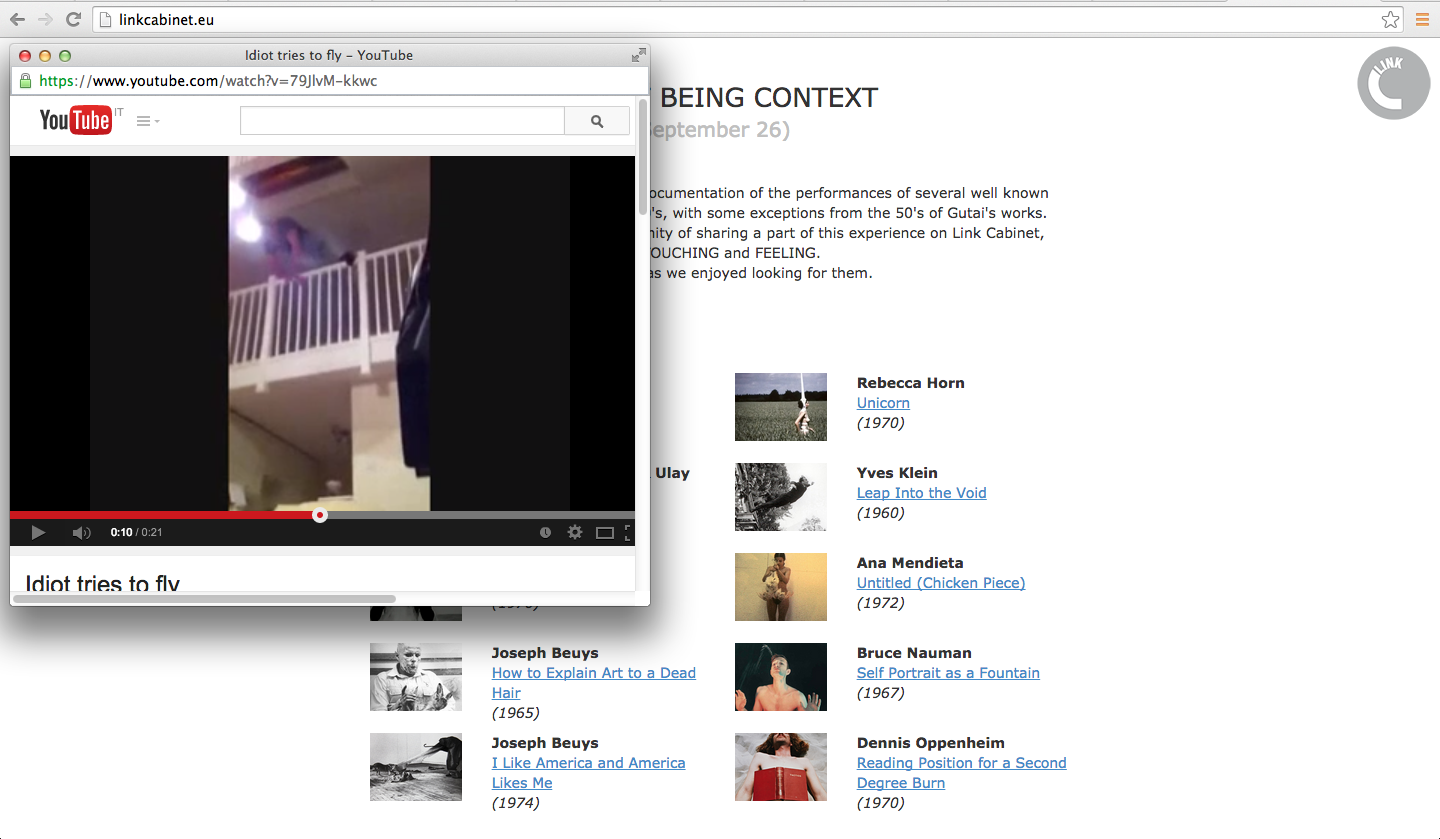 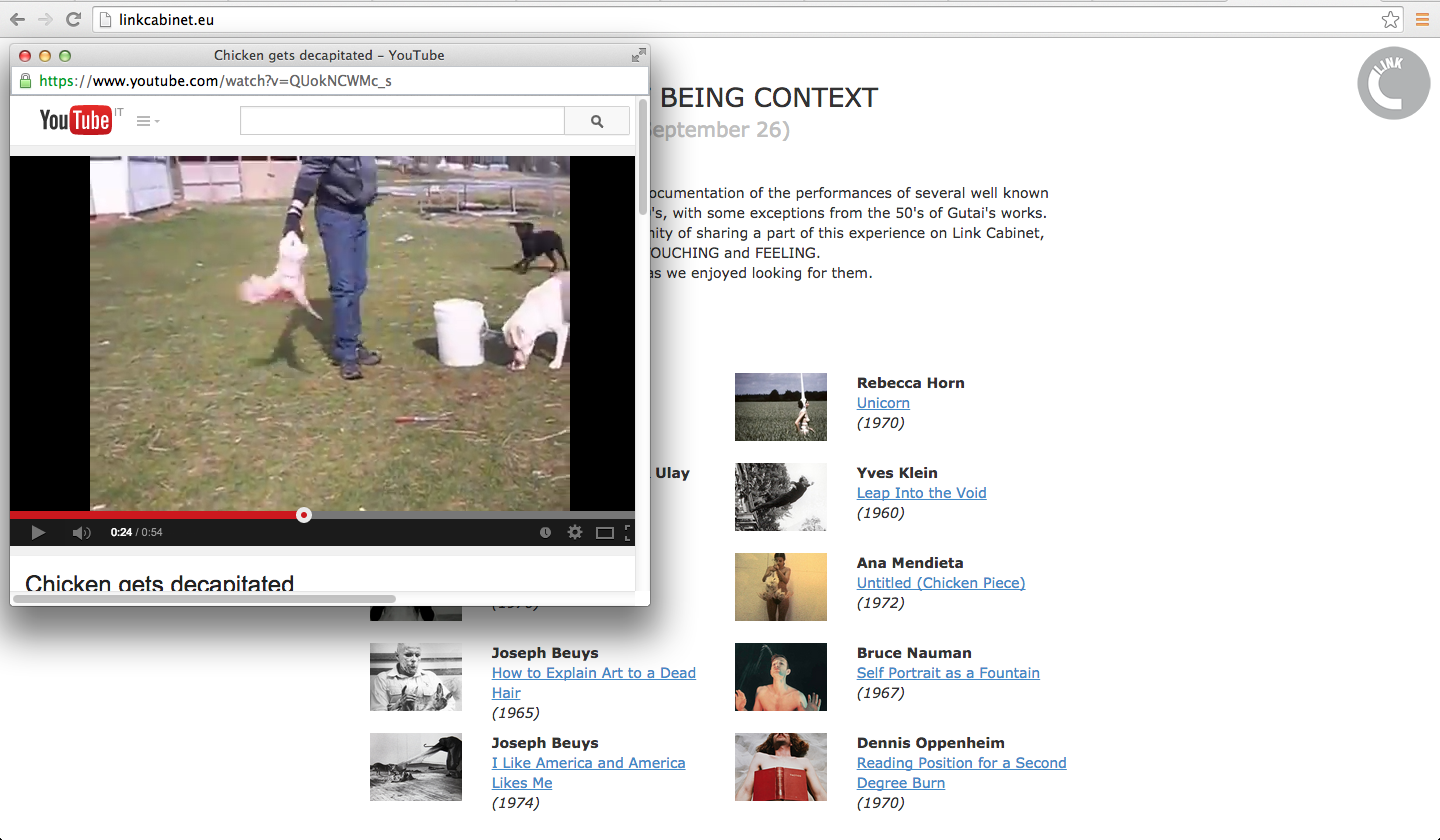 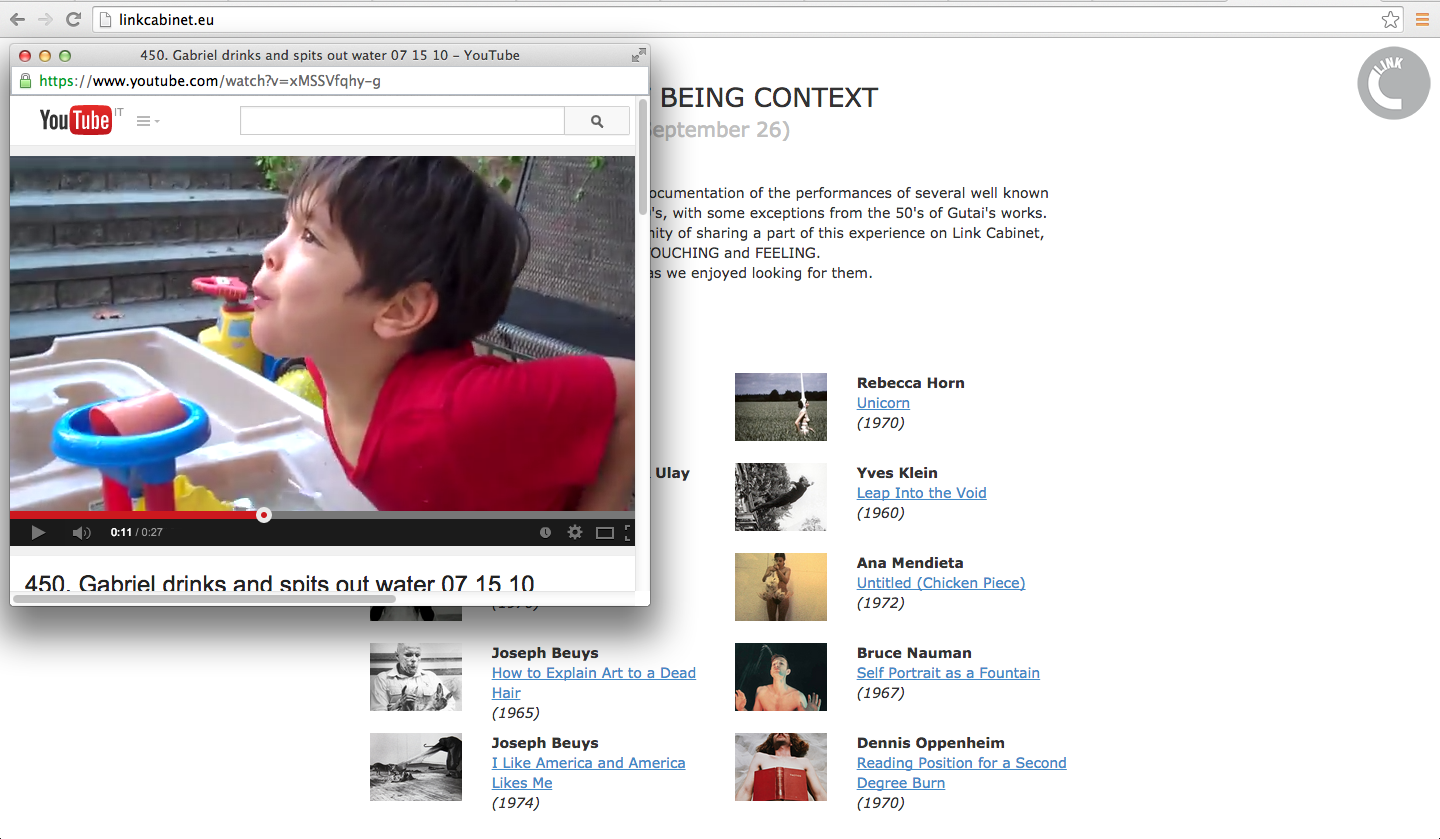 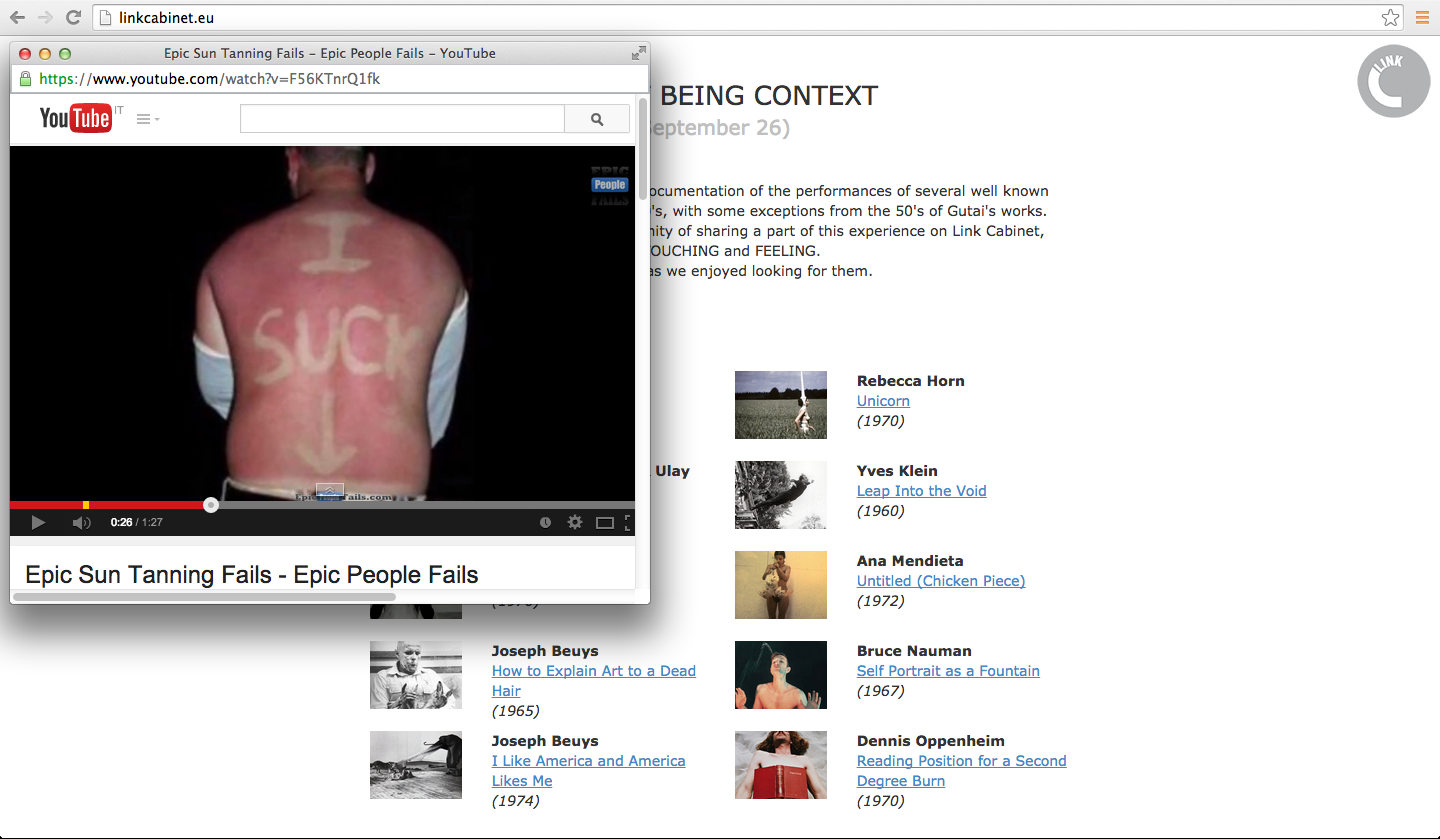 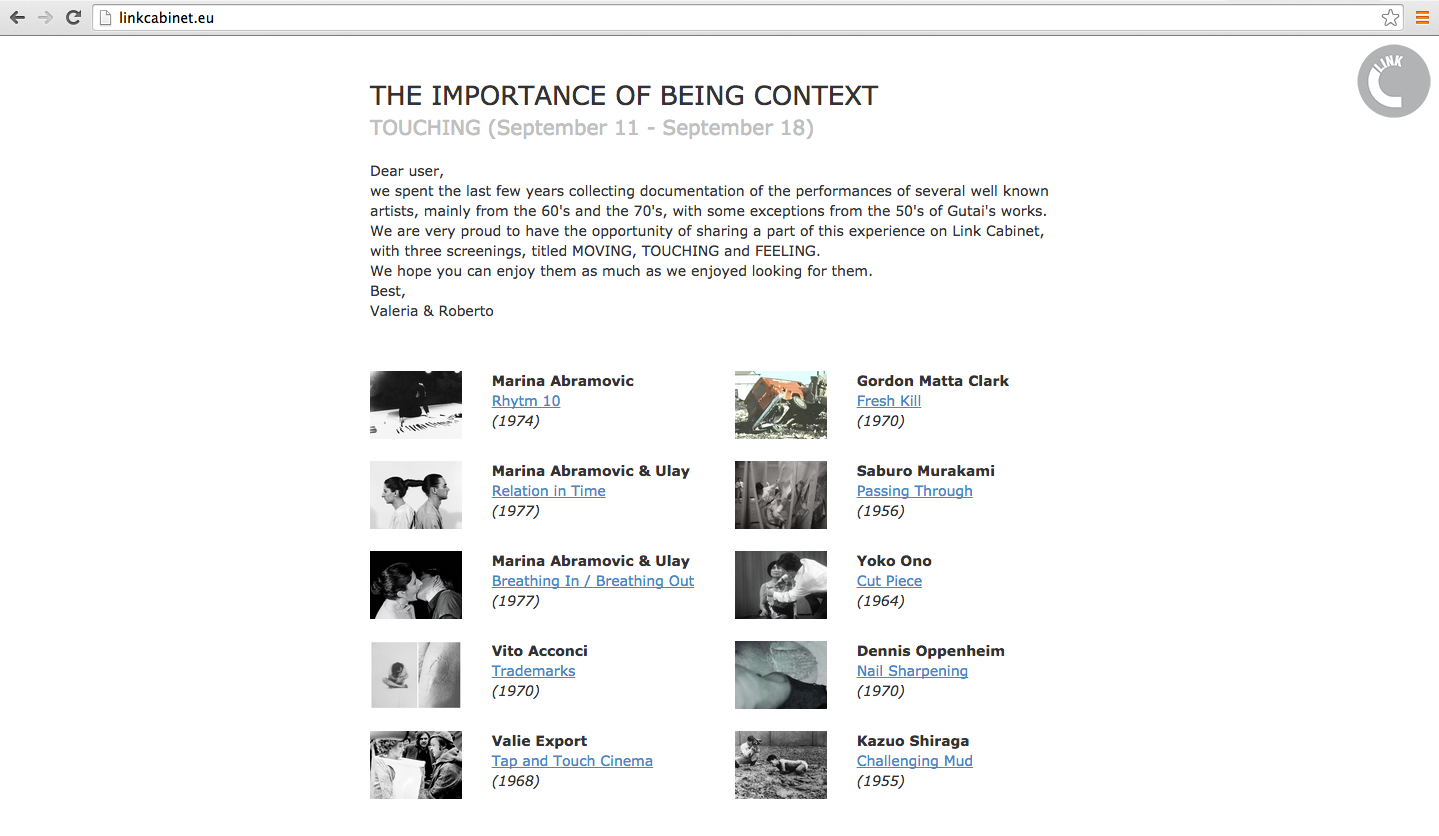 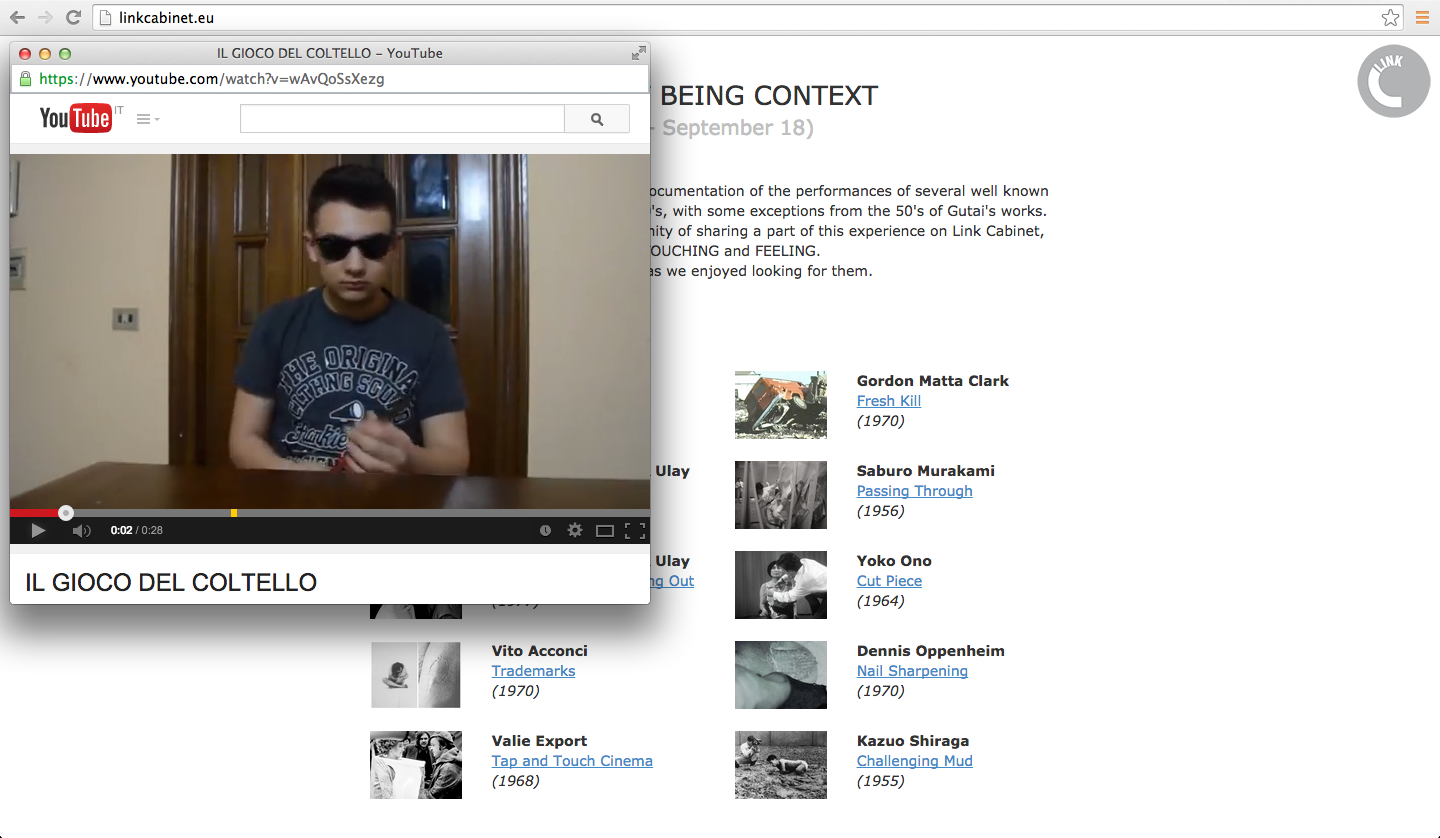 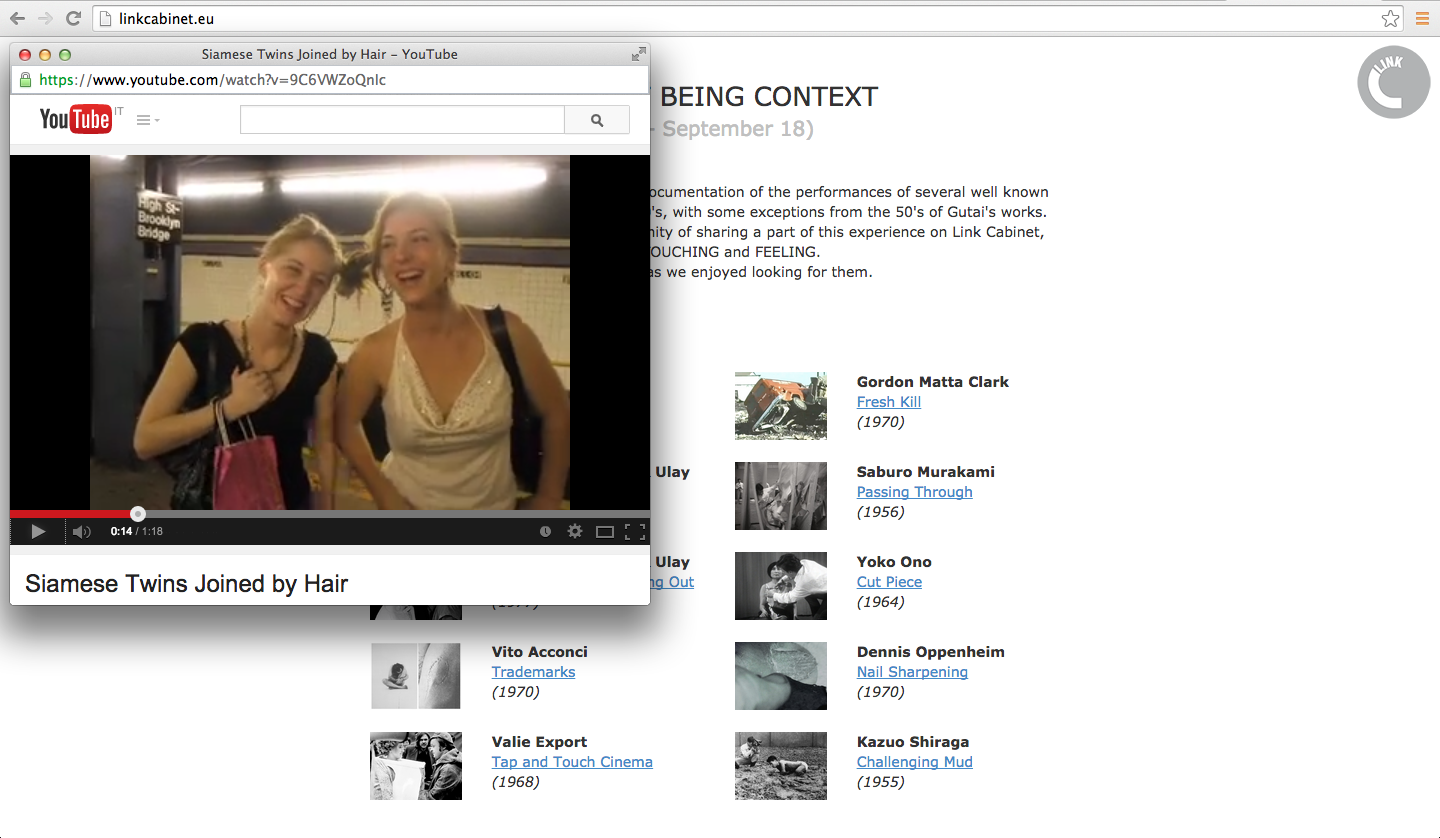 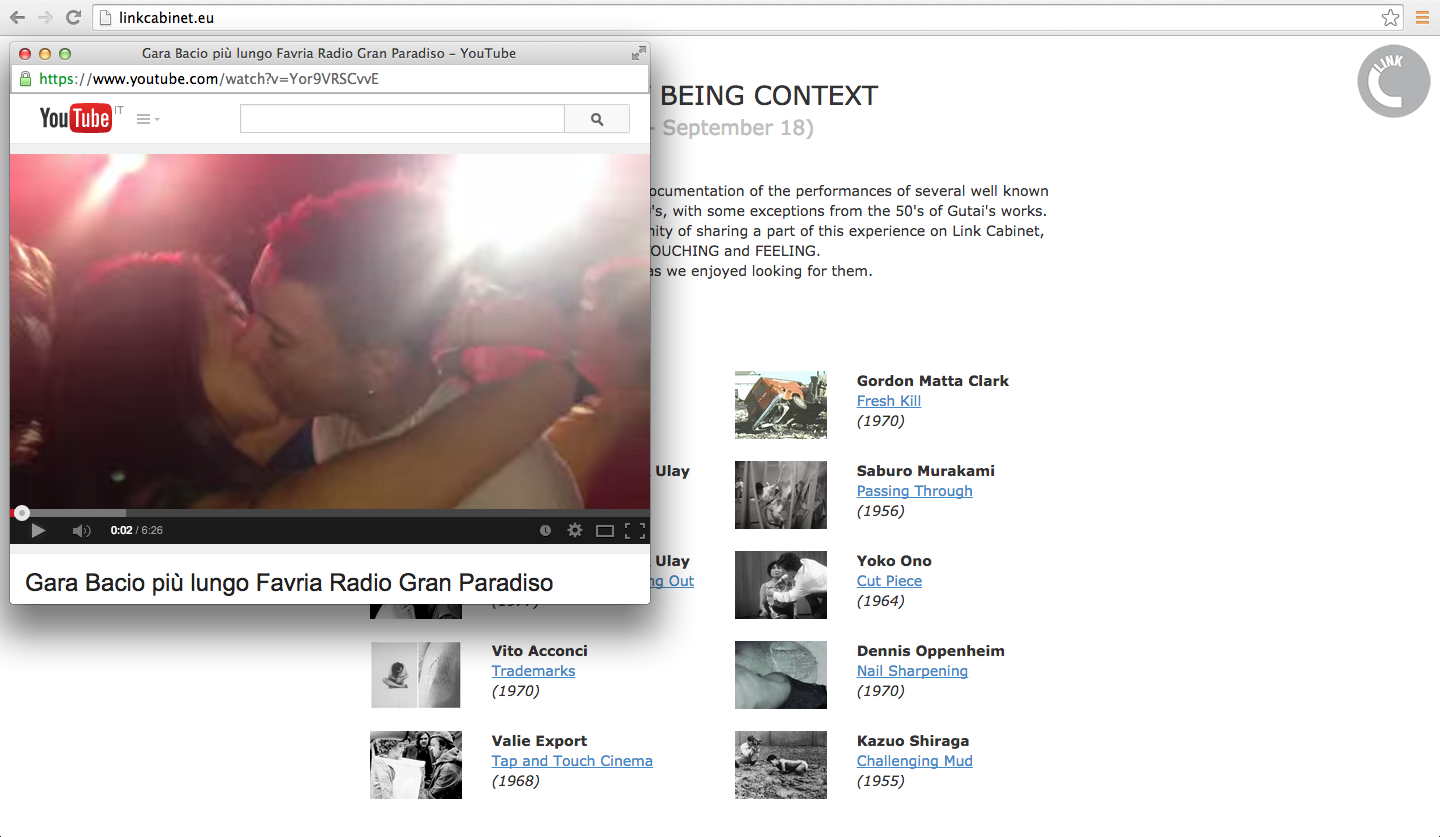 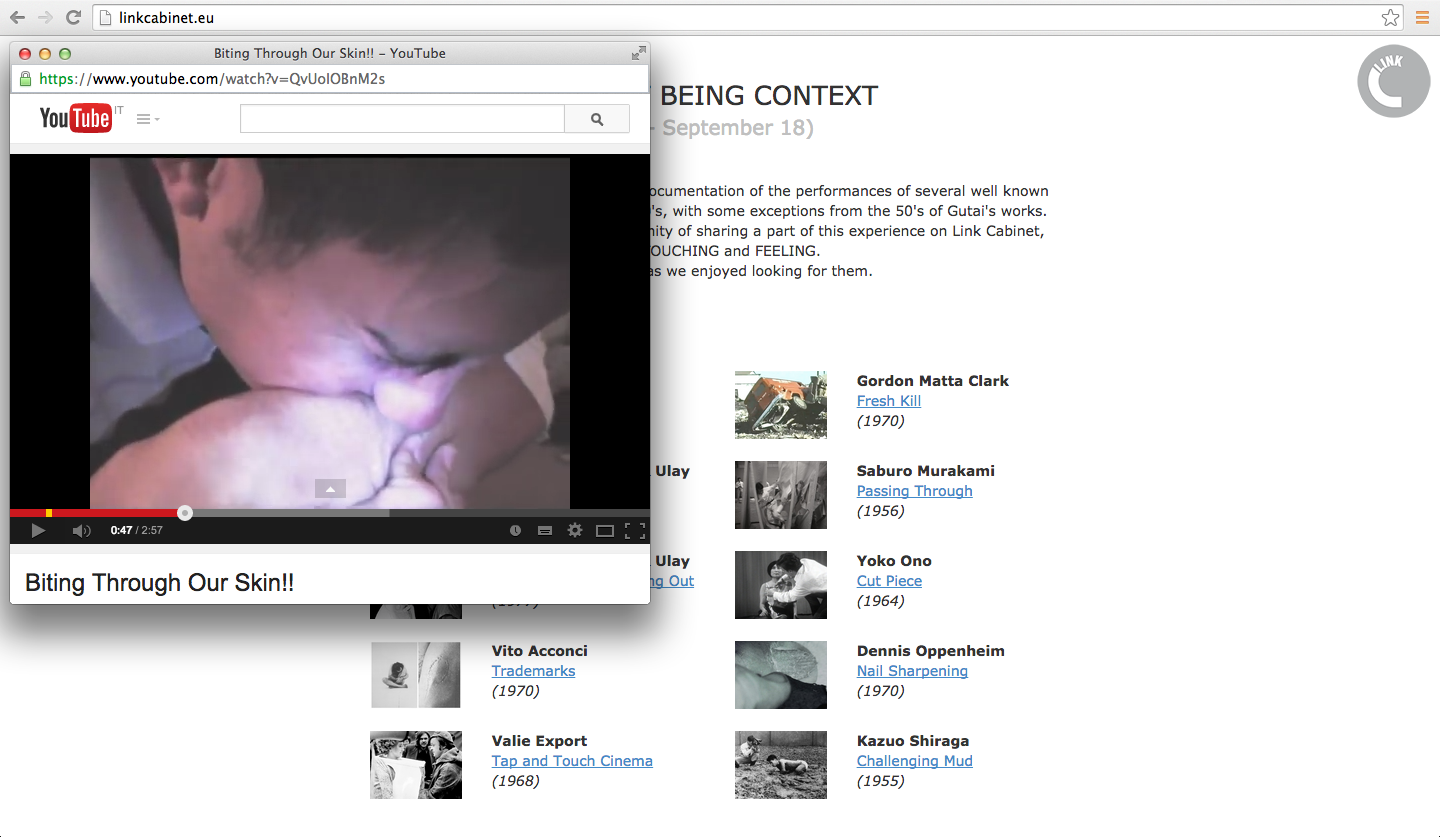 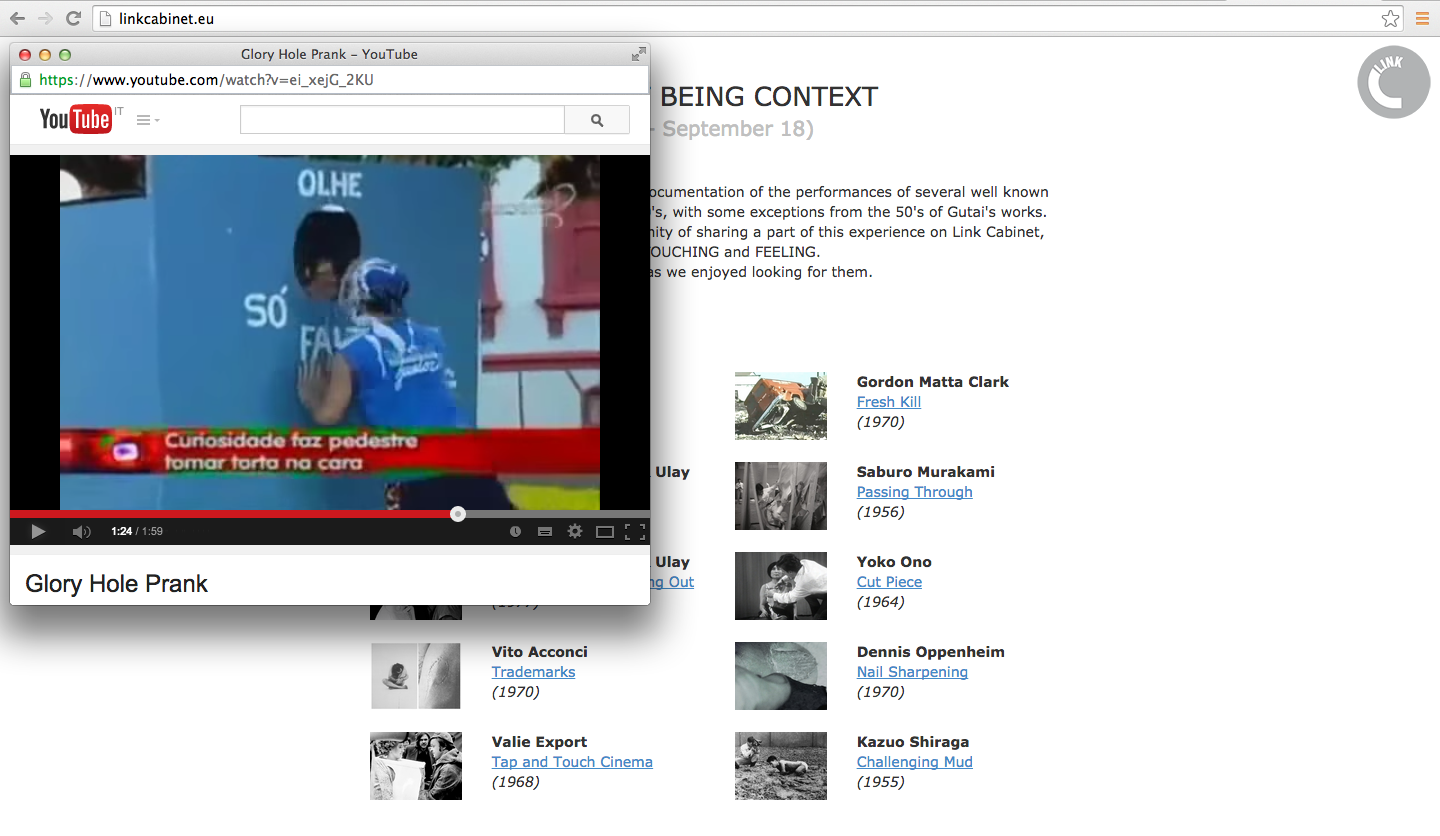 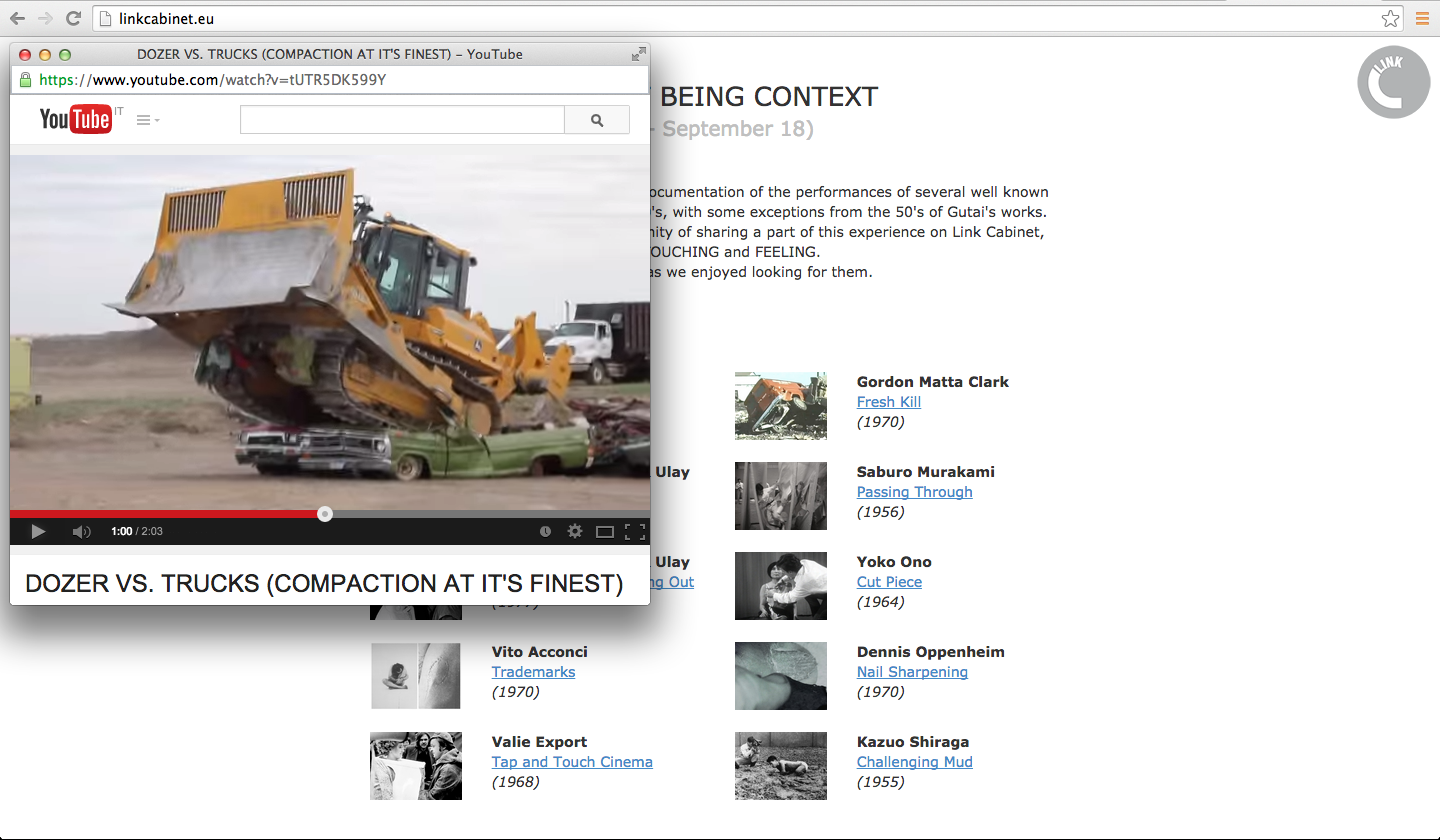 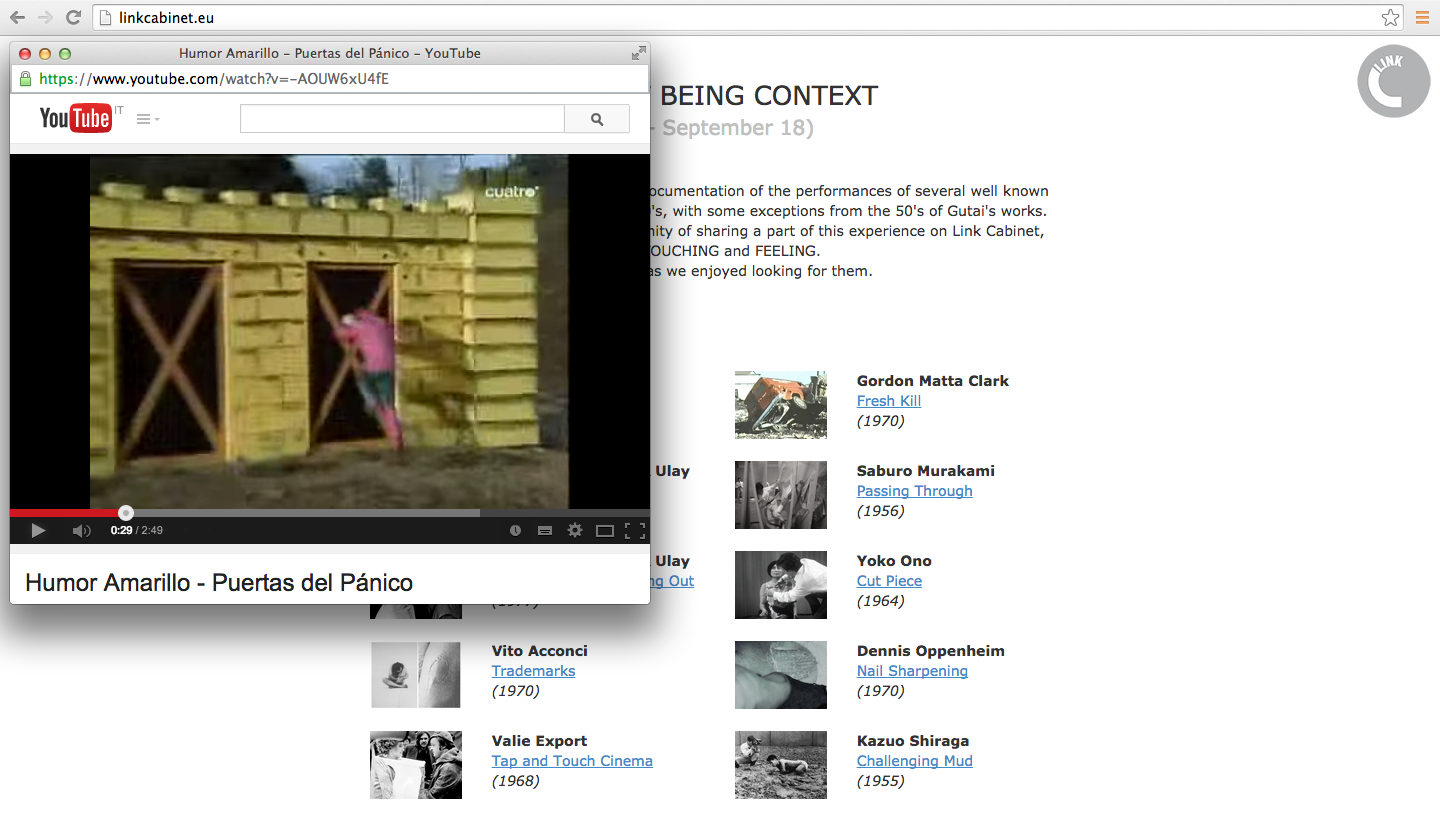 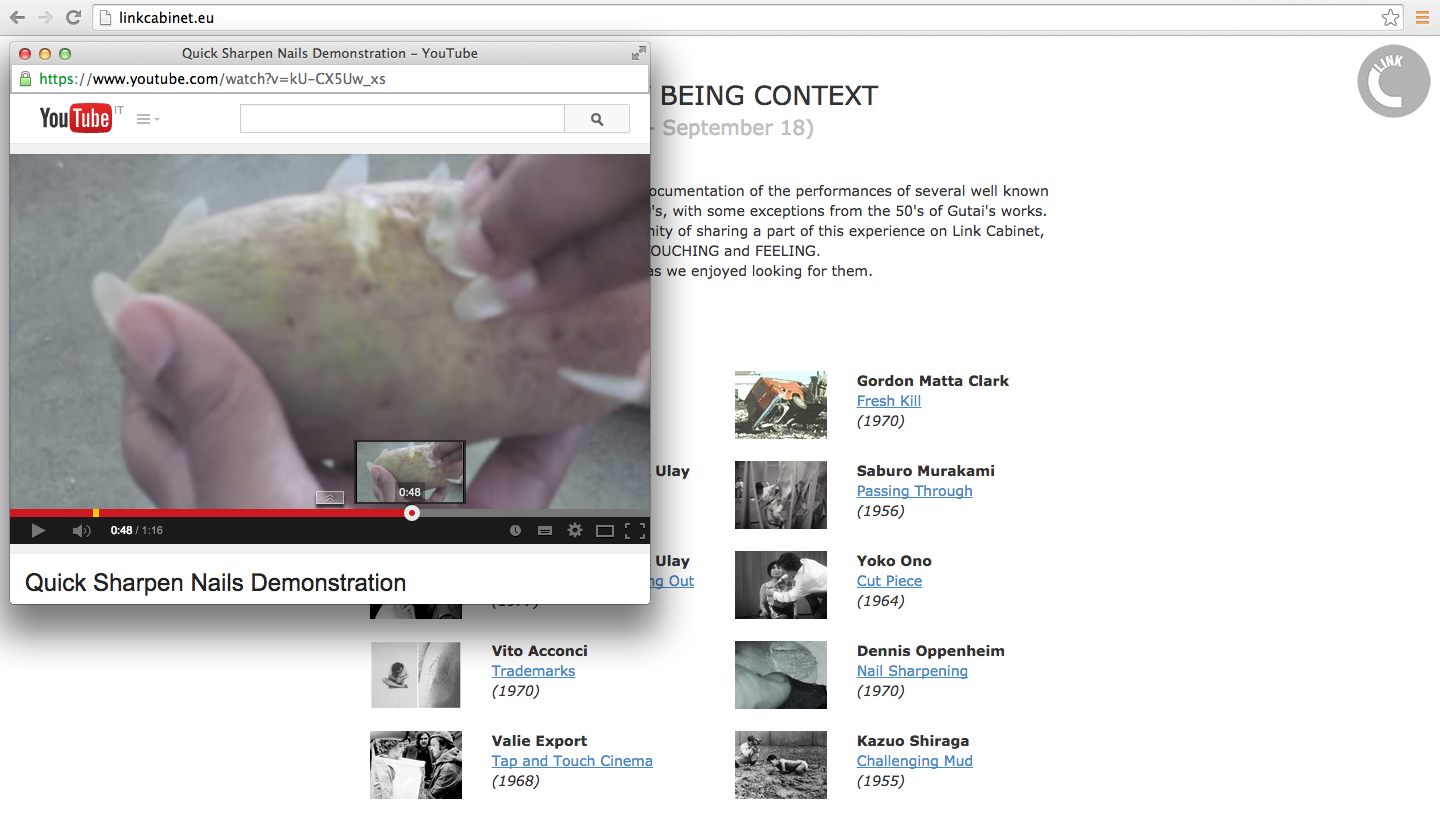 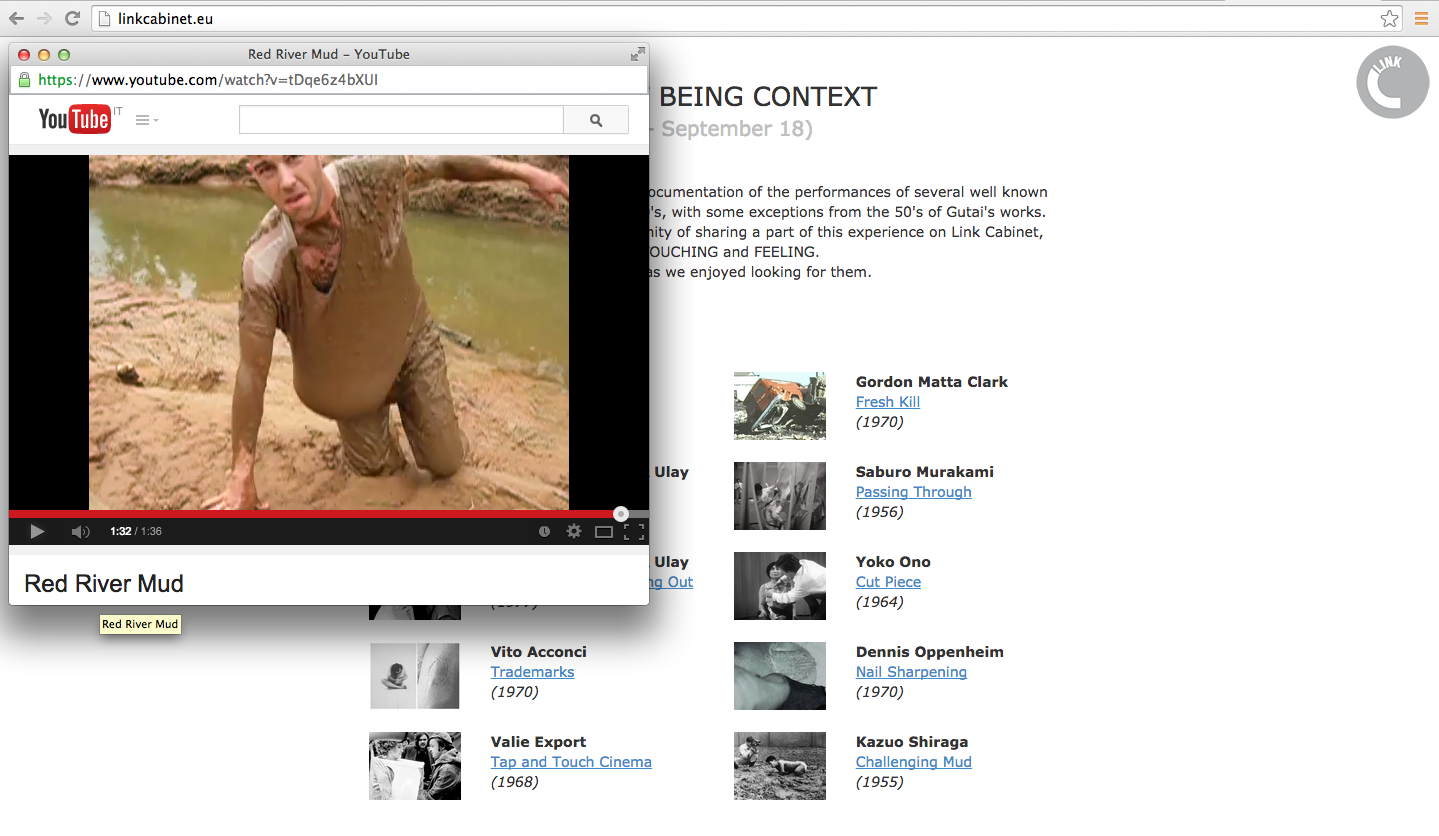 Valeria Mancinelli is a contemporary art curator. Since 2008 she is part of the independent space for contemporary arts S.a.L.E. Docks and co-founder of the project Trial Version. She has curated different exhibitions in Venice, Florence and Milan.

Roberto Fassone makes works that explore and question the notion of art and games, the processes regulating them both, and the relationship between the two.