COVER ME is a new project by Julian Oliver conceived specifically for the exhibition at Link Cabinet. The project consists in a gallery of Creative Commons licensed photographs found on Flickr that the artist transformed into data containers for distributing Snowden files. Using a method known as as steganography, the artist embedded the volatile data into images matching the search queries ‘island getaway’ and ‘beach paradi se’, without visibly changing their appearance. Here, the act of sharing comforting, tranquil images helps to counterbalance the bleakness and anxiety enshrouding clandestine leaks while broadening the potential for redistribution. With ignorance as a robust excuse, the images can be safely shared among colleagues at work, uploaded back to Flickr or used as a desktop background while crossing borders. At any given point a leak can be conveniently and privately extracted from the image onto a personal computer using a free and open-source software program developed by the artist 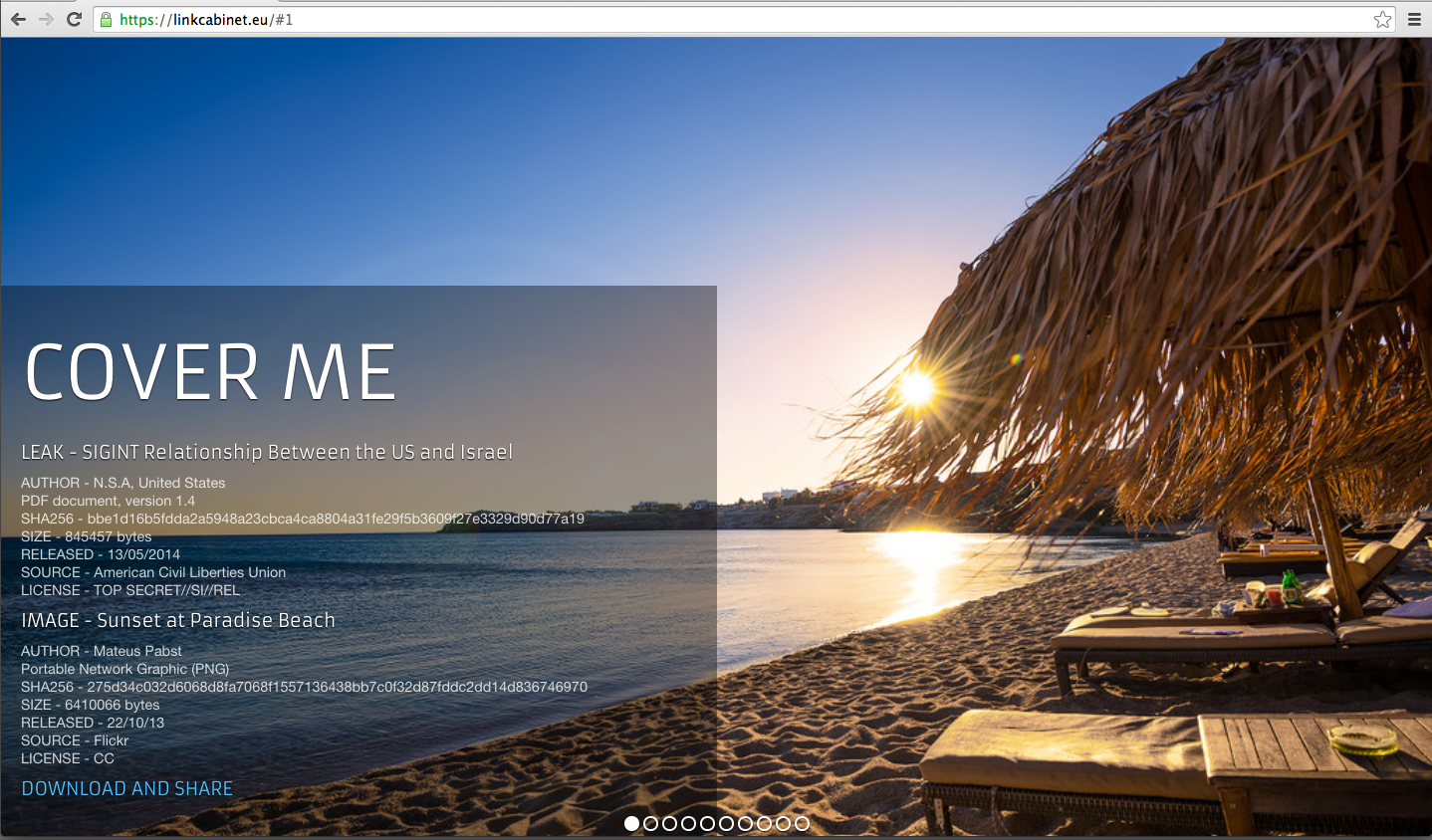 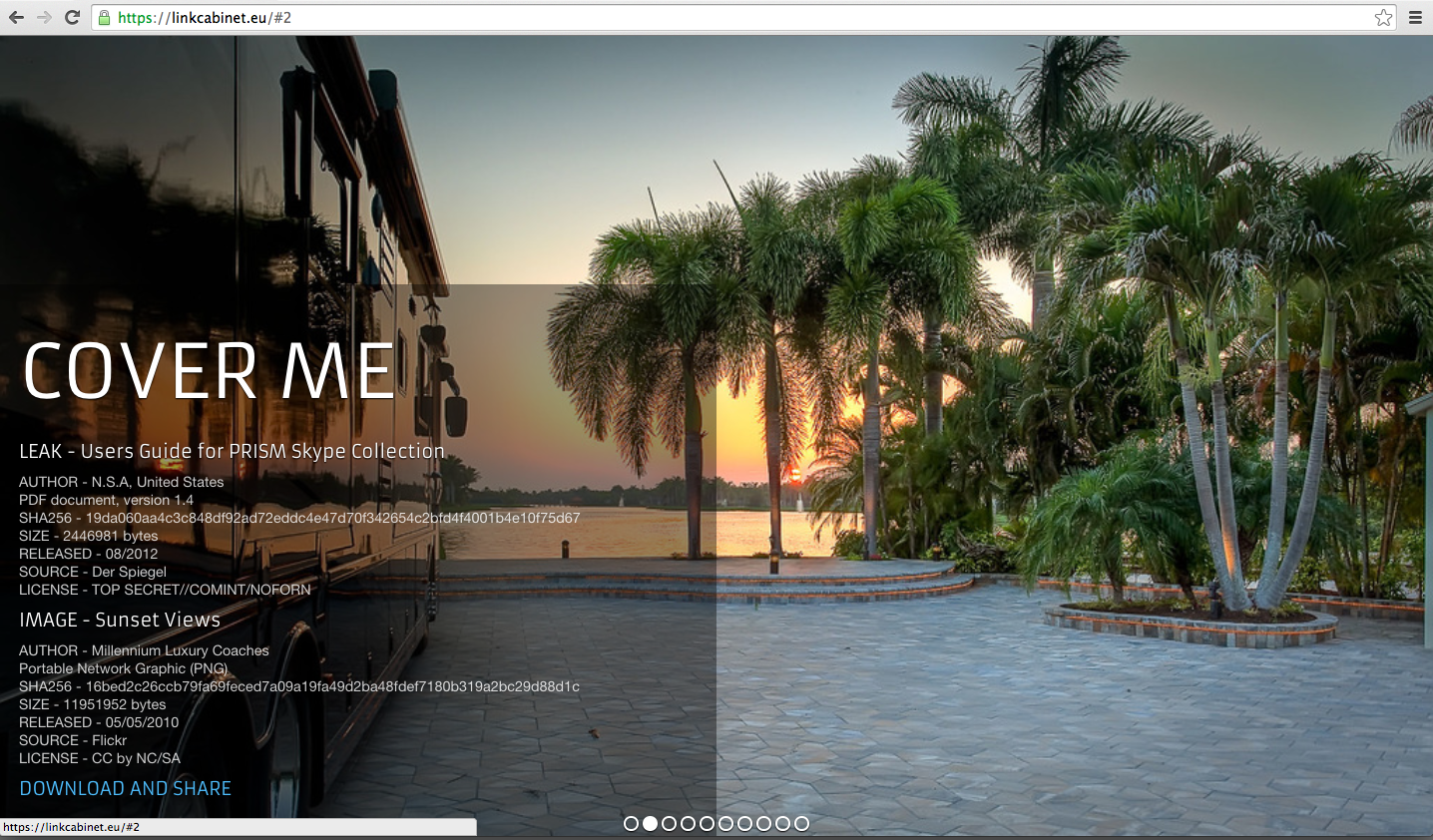 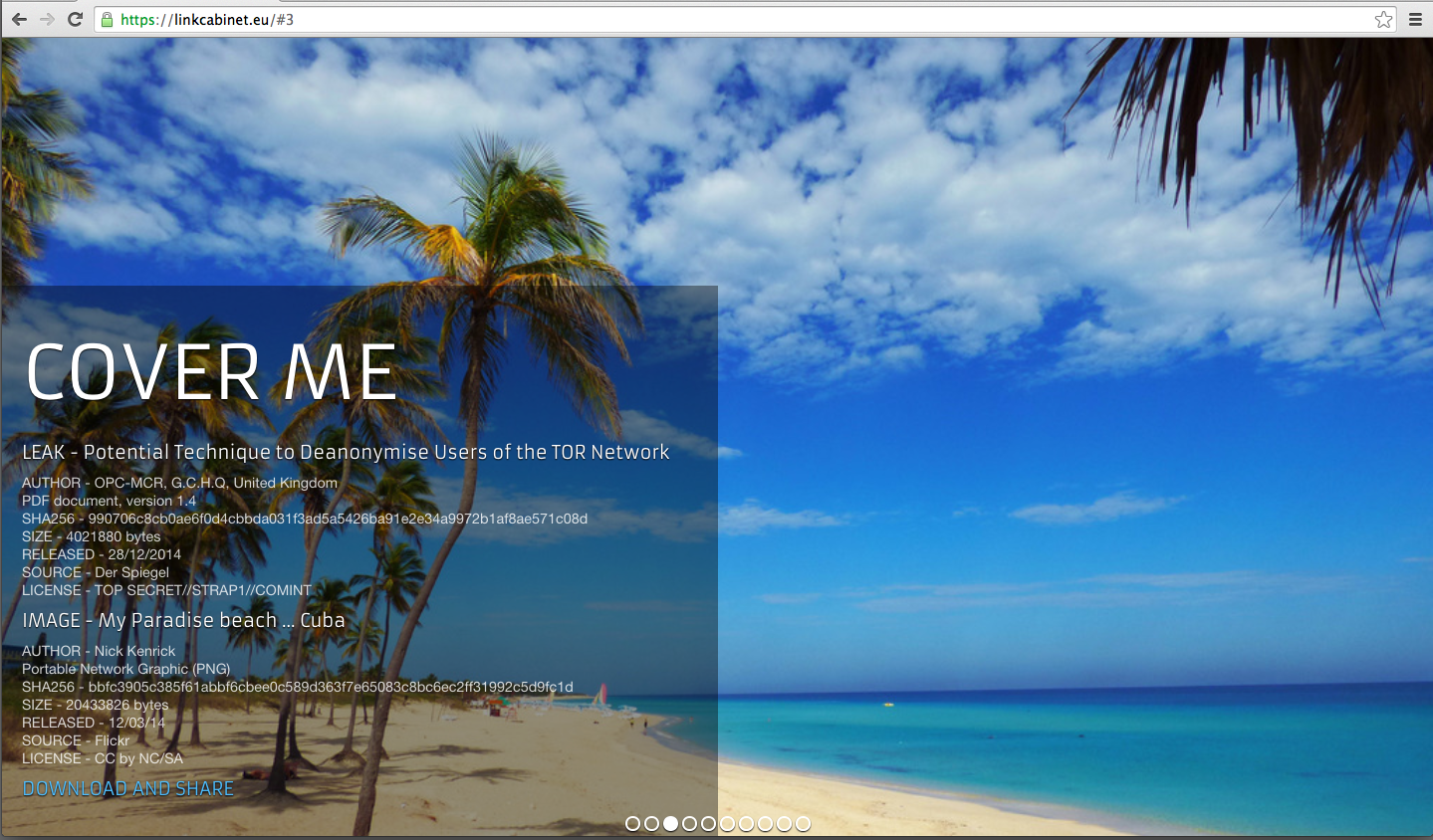 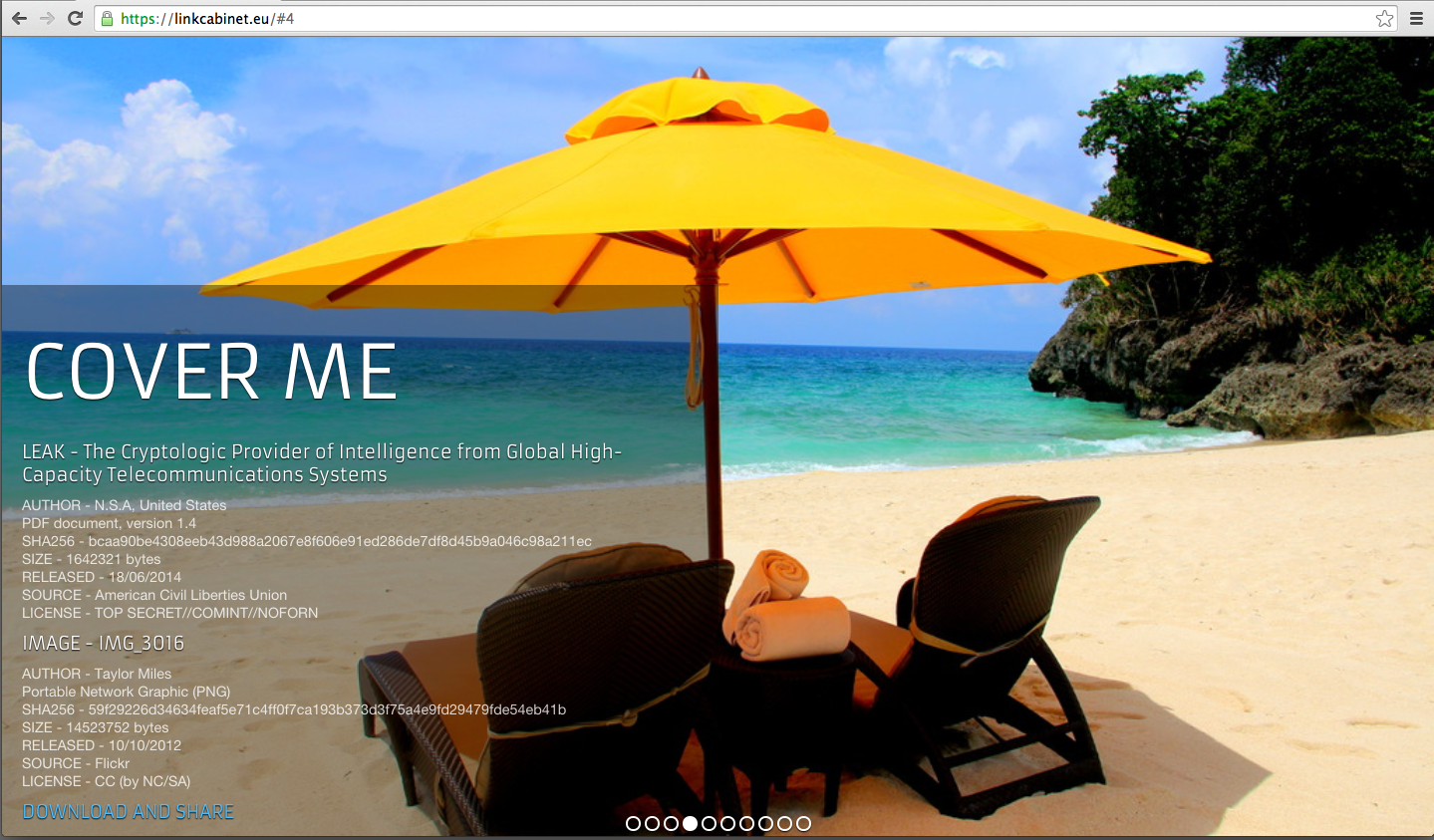 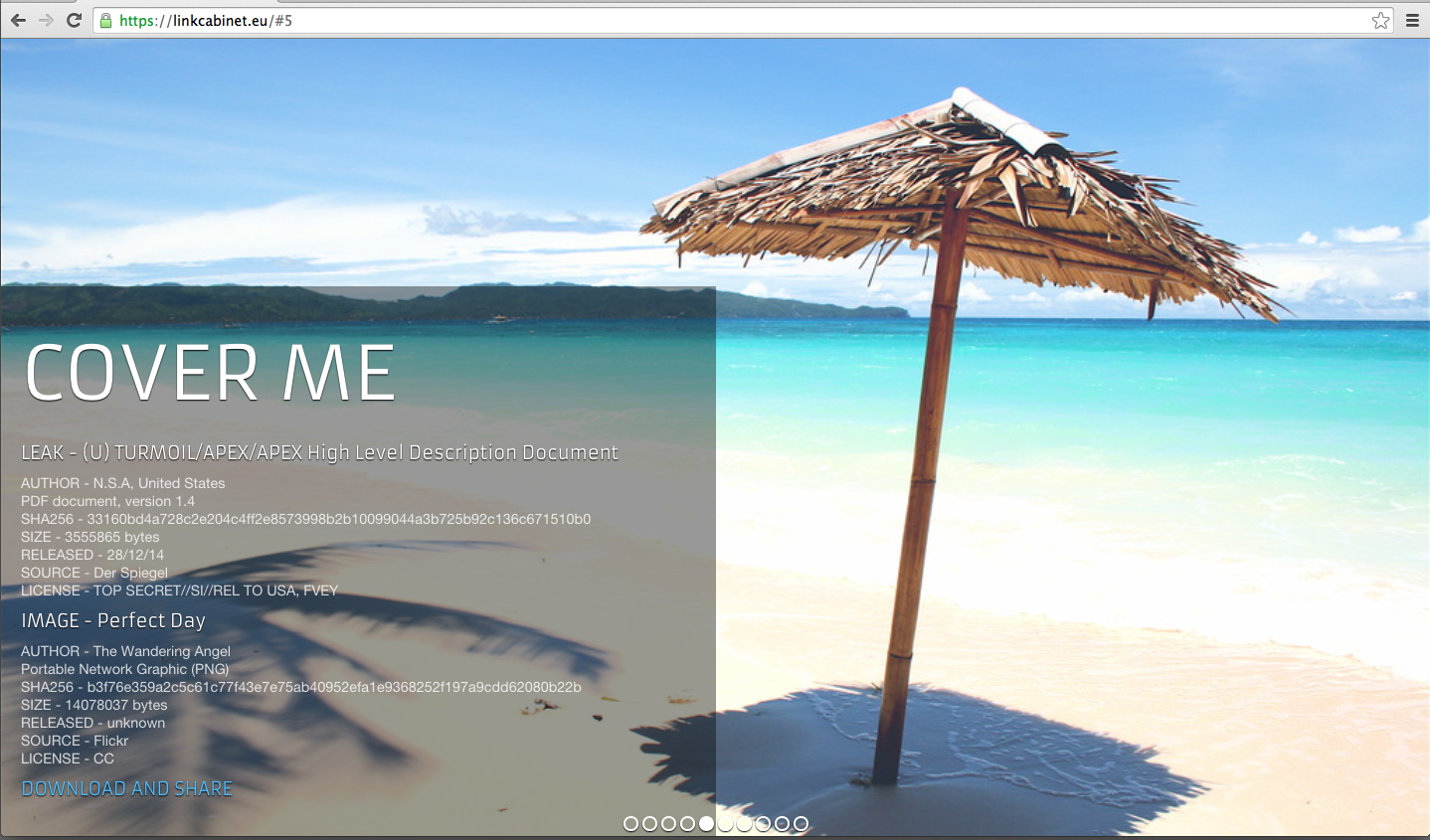 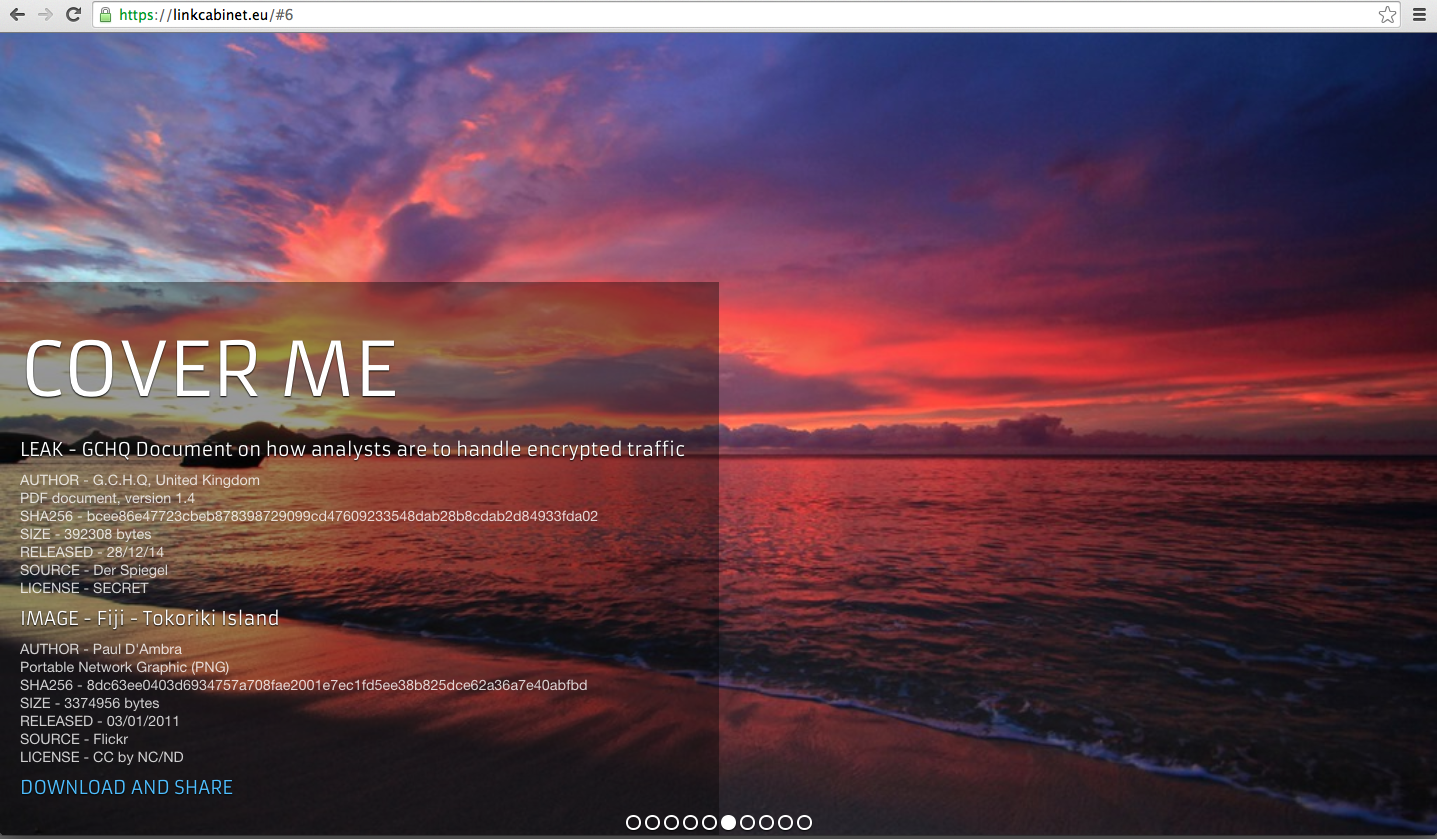 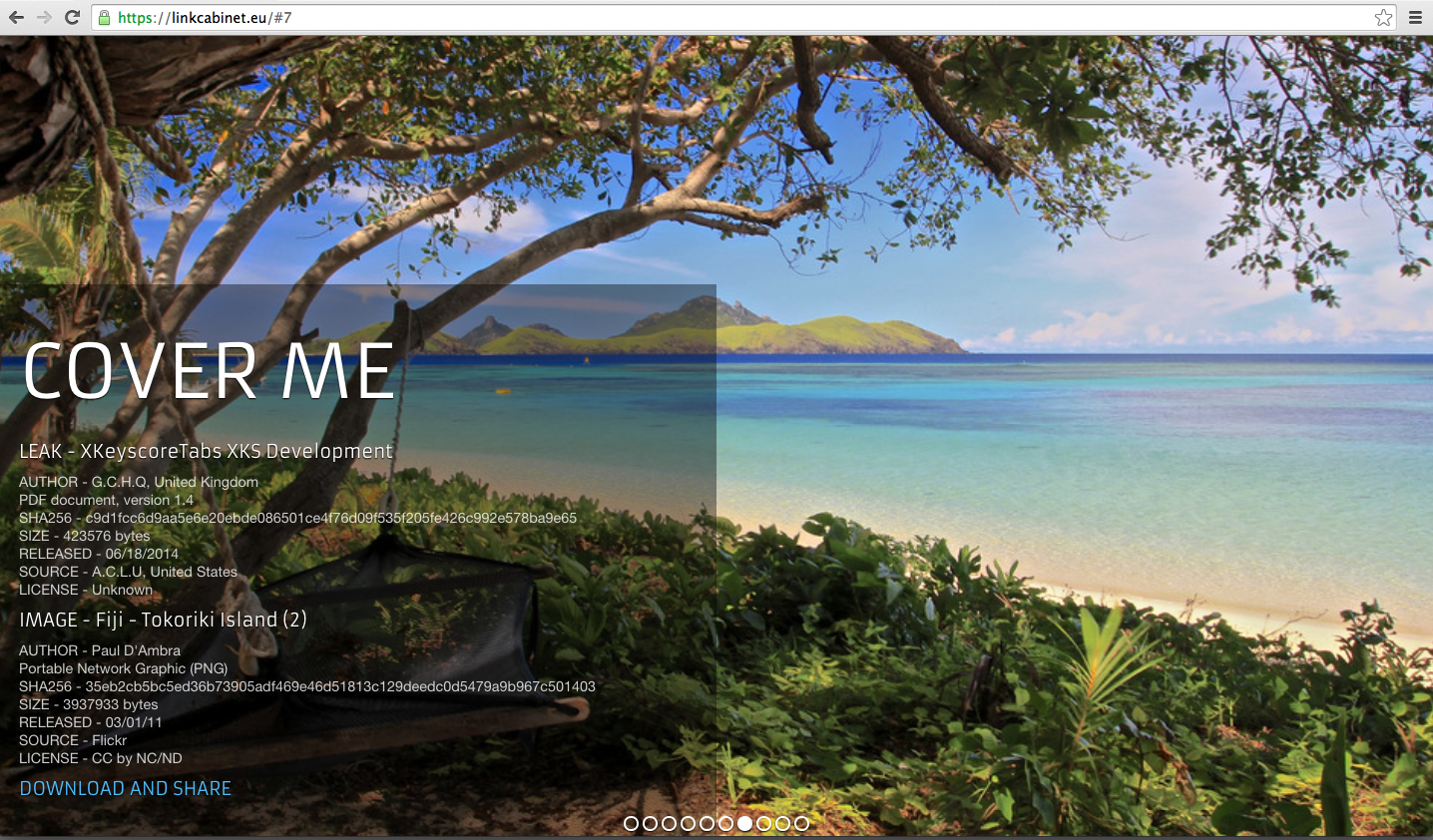 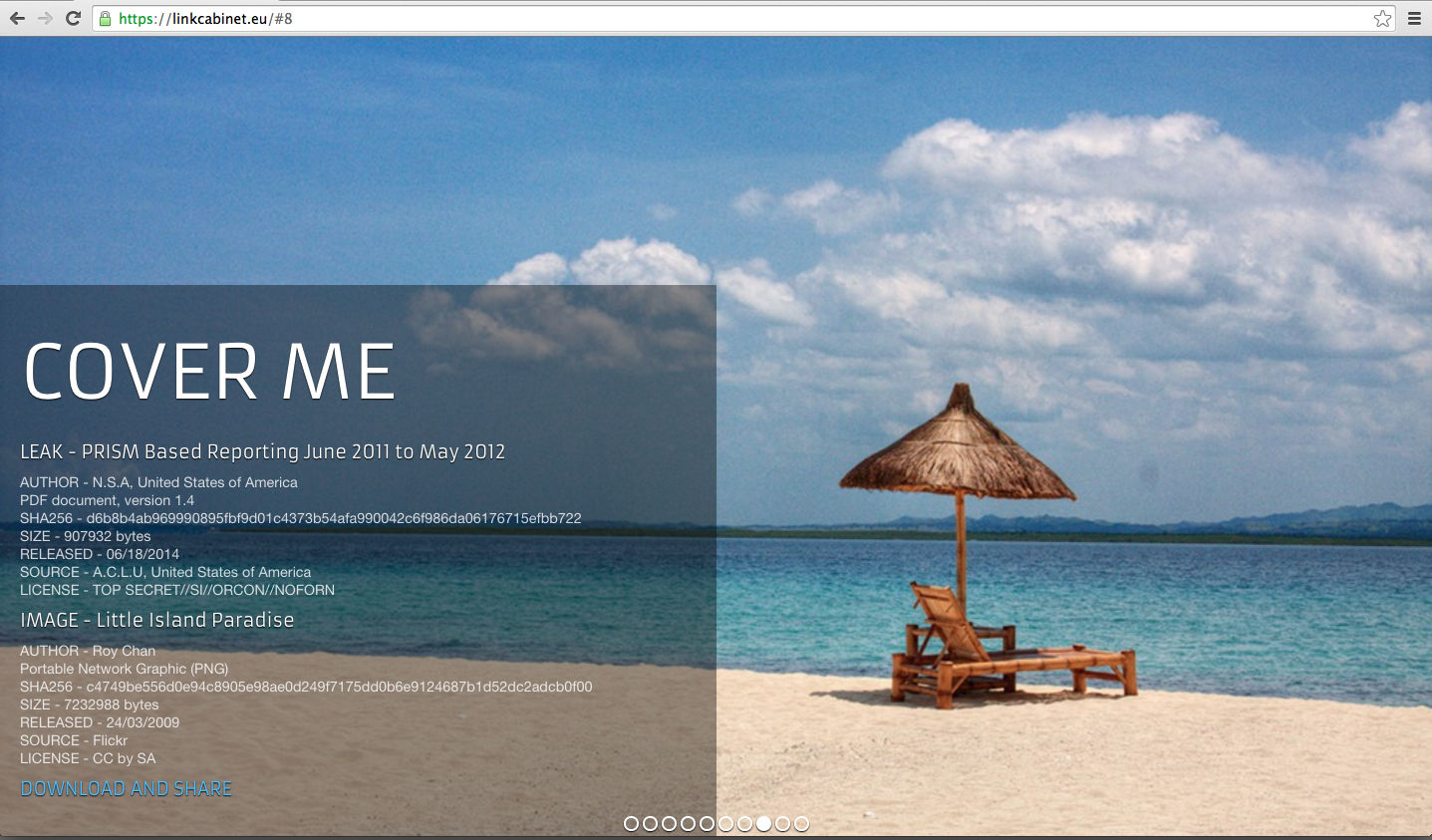 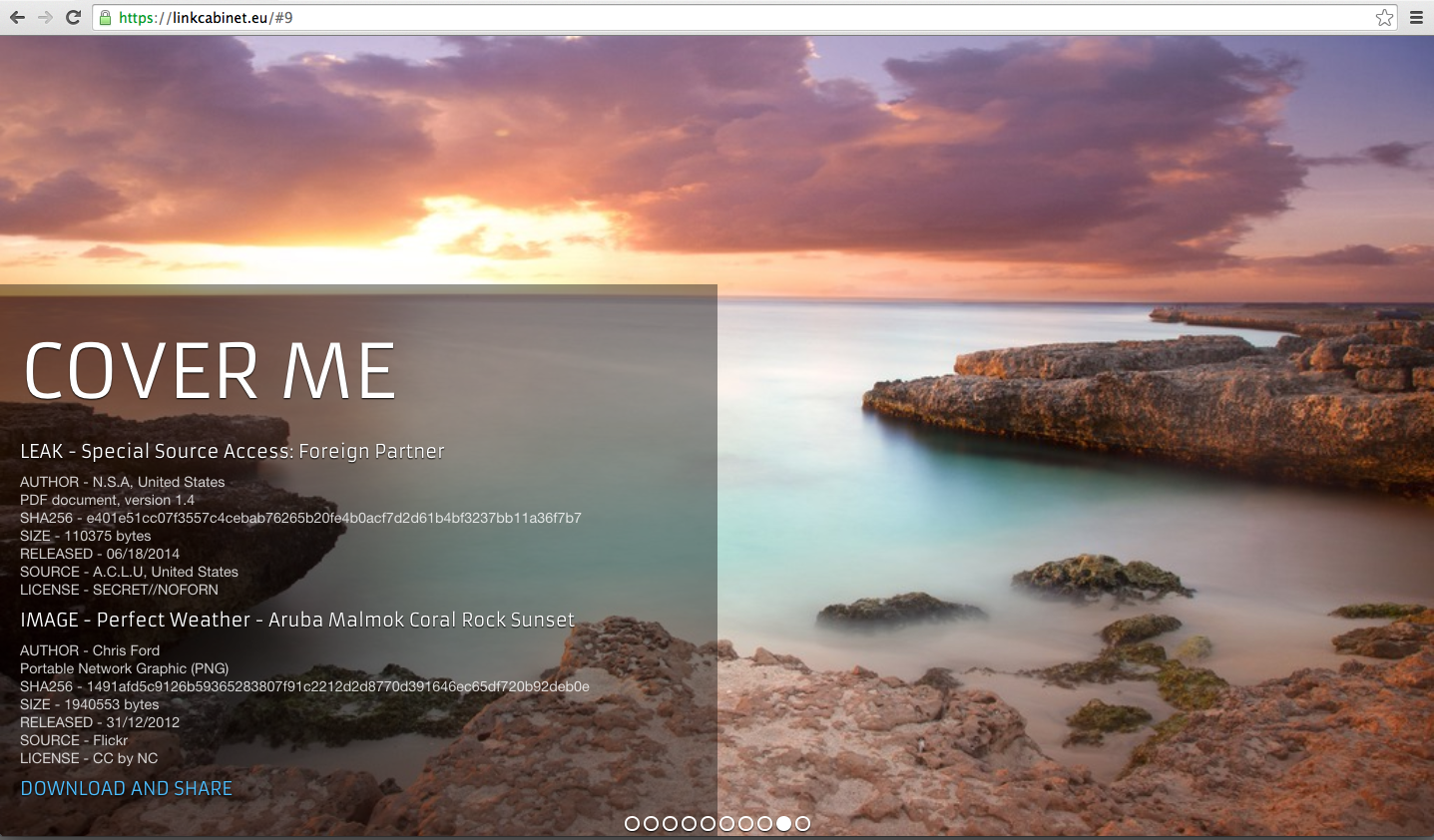 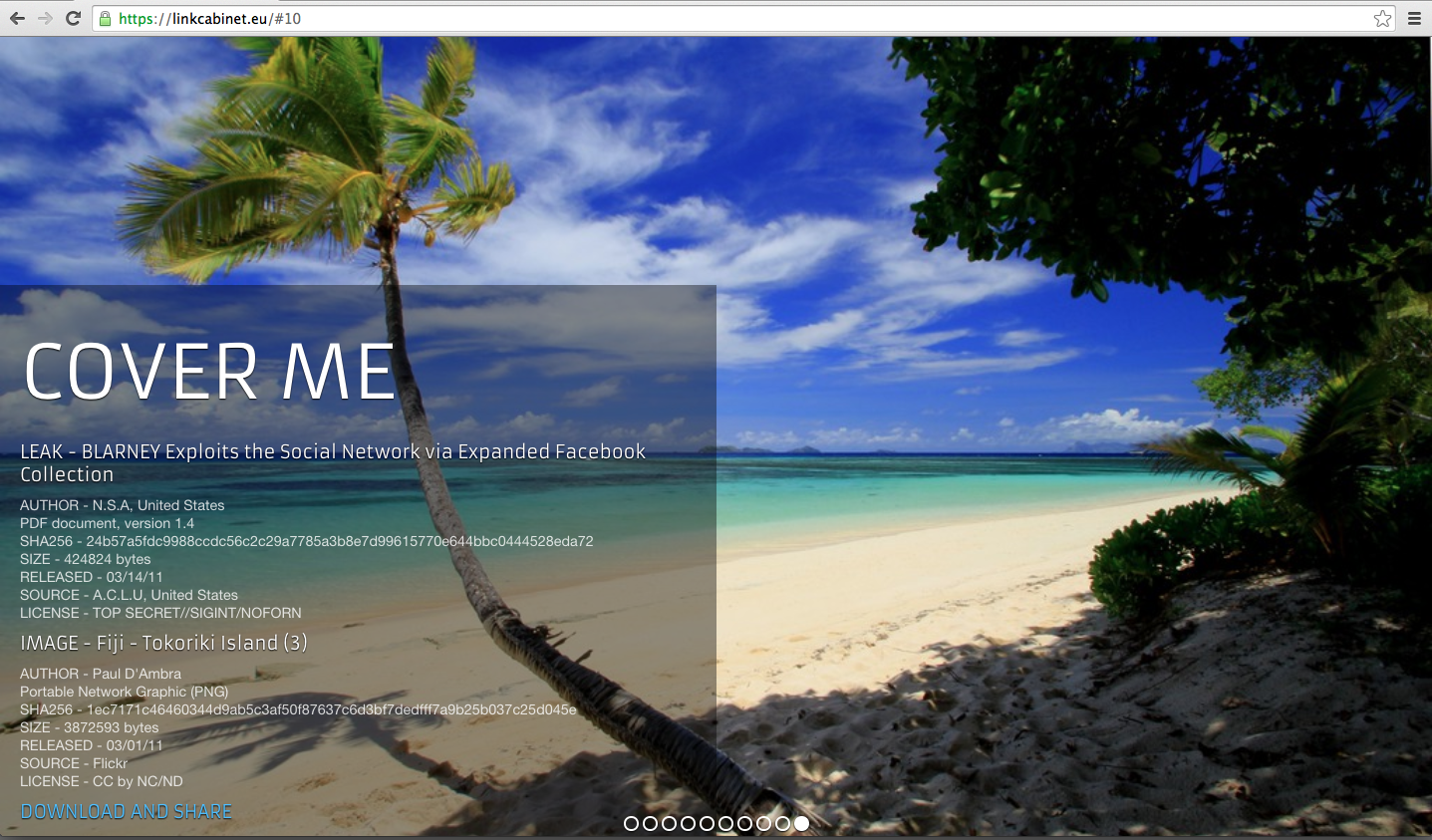 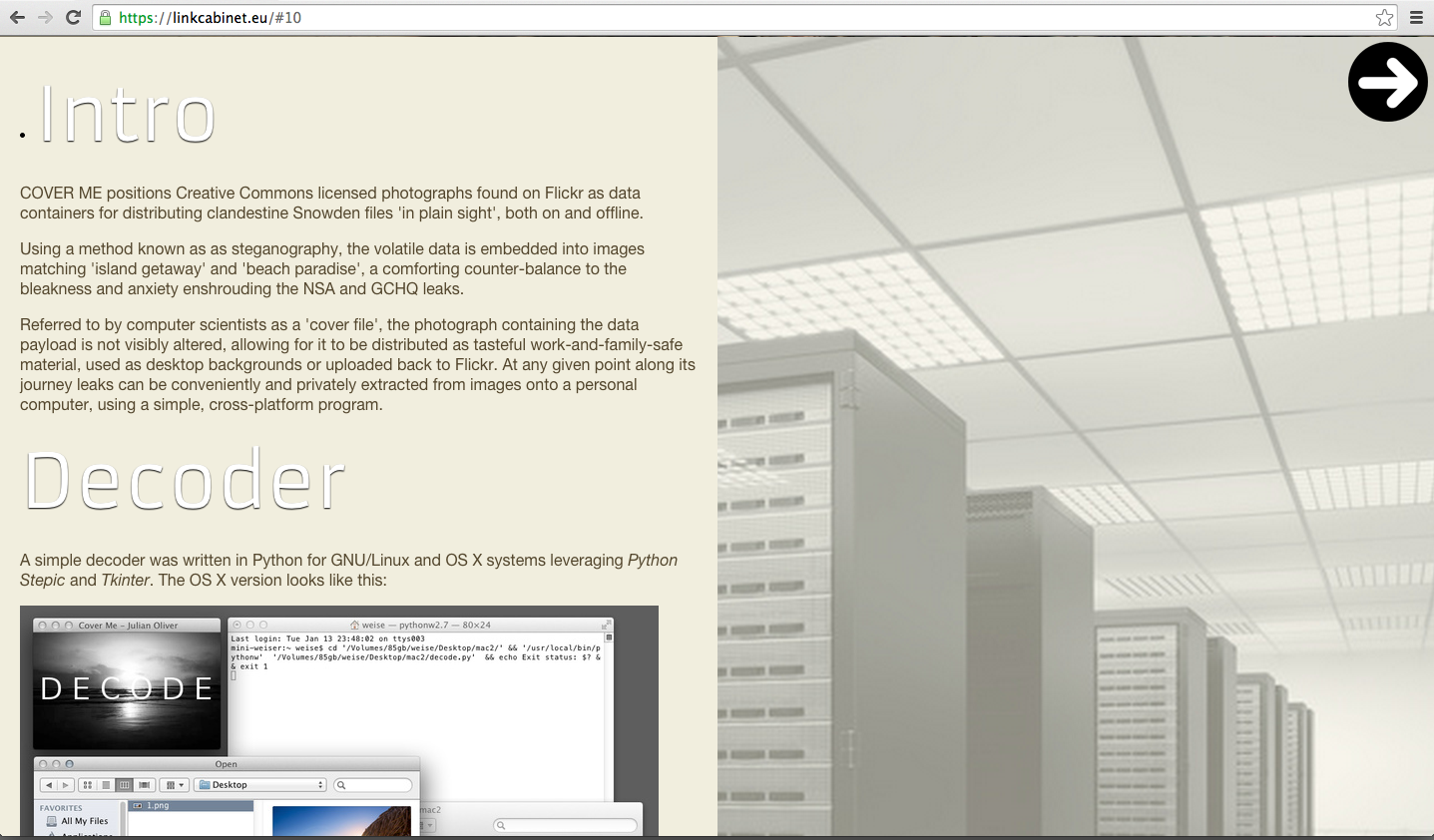 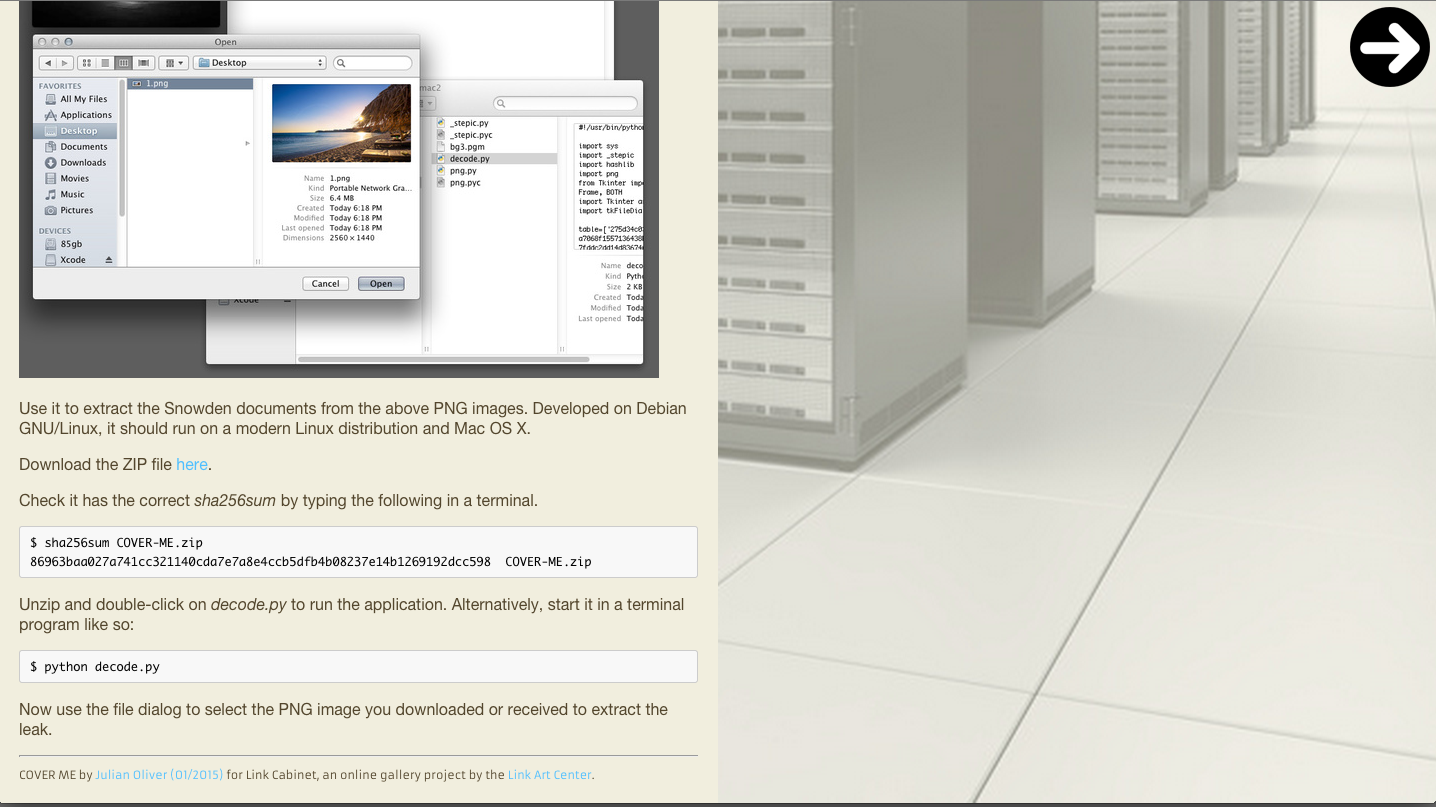 Julian Oliver is a New Zealander, Critical Engineer and artist based in Berlin. His work and lectures have been presented at many museums, galleries, international electronic-art events and conferences, including the Tate Modern, Transmediale, the Chaos Computer Congress, Ars Electronica, FILE and the Japan Media Arts Festival. Julian has received several awards, most notably the distinguished Golden Nica at Prix Ars Electronica 2011 for the project Newstweek (with Daniil Vasiliev).